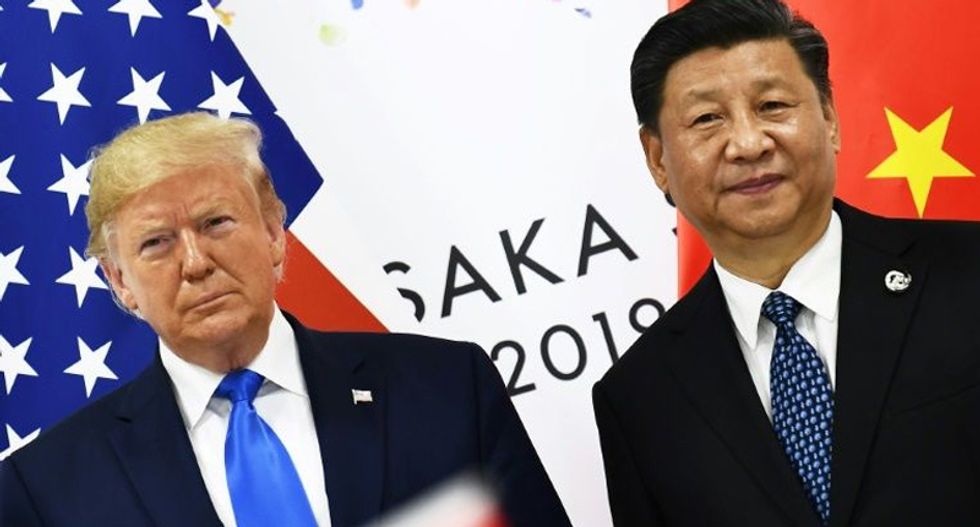 While President Donald Trump basked in the glow of a fake picture of him giving a military hero dog a medal of honor and infuriated Russia by claiming the U.S. is “keeping the oil” in Syria, he’s blowing off two key summits in East Asia this week, despite China’s increasing aggression in one of the most dangerous corners of the world.

U.S. allies in the region are disappointed and exasperated that Trump, for the third year in a row, won’t be coming to Bangkok for the East Asia and U.S.-ASEAN summits—especially as Beijing ratchets up tensions in the South China Sea, a 1.4 million-square-mile expanse where one-third of the world’s shipping traffic comes through.

Using tactics right out of a Tom Clancy novel, China’s built seven artificial islands that resemble military fortresses with runways and defense systems to beef up what it believes is its sovereignty over the sea.

When it comes to securing U.S. interests, Trump’s strategy is uncomfortably reminiscent of his wheeling-and-dealing heyday. It’s all about the art—or lack thereof—of the deal. 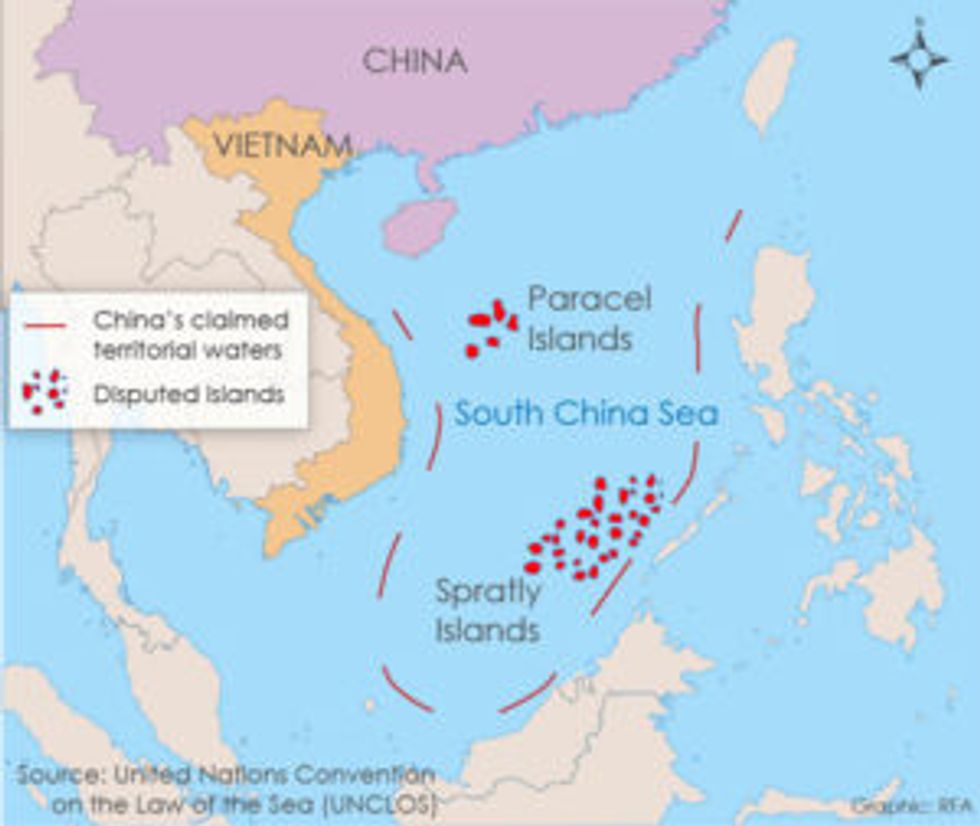 China’s so-called “nine-dash line,” a jagged and arbitrary outline indicating that most the South China Sea is Chinese territory, is so detested that both Vietnam and Malaysia have banned the new China-Dreamworks joint production of the animated film, “Abominable” because it contains a scene showing the map.

By skipping the summits, which run through Nov. 4, and sending Commerce Secretary Wilbur Ross and his new, untested national security adviser Robert O’Brien, Trump’s sending a message, said one analyst, that he really doesn’t care about what’s been called “the most contested piece of geography on the planet.”

Halfway across the globe from both Washington and the Middle East, the South China Sea is resource-rich, with an estimated 11 billion barrels worth of oil under the sea as well as about 190 trillion cubic feet of natural gas.

Beijing claims ownership of the sea, based on historical documents, but the Philippines, Vietnam, Malaysia and Brunei have long disputed those claims. China’s relentless efforts to dominate the region have been the source of escalating friction with the U.S. as well.

Trump’s relative indifference toward pressing global issues like the South China Sea illustrates his foreign policy—such as it is—when there is little chance for showmanship and perceived glory. Who wants to sit in a bunch of boring meetings or do the hard work required to come up with an American version of China’s killer Belt and Road initiative?

Instead, when it comes to securing U.S. interests around the world, Trump’s strategy is uncomfortably reminiscent of his wheeling-and-dealing heyday in 1980s New York. It’s all about the art—or lack thereof—of the deal. All that’s missing is the acid rain and Leona Helmsley.

“Trump is not interested in Asia,” Robert D. Kaplan, a managing director at the Eurasia Group told DCReport. “All he cares about is making a better trade deal with China and maybe South Korea. It’s not about policy. It’s about making deals.”

This despite a Pentagon strategy report this year that called Indo-Pacific “the single most consequential region for America’s future.”

Kaplan said that if America is “unable to offer support and a vision, all these American allies will have no choice but to make deals with China.”

Putin to the Philippines

Or Russia. Moscow announced just last week that President Vladimir Putin has accepted an invitation from Filipino President Rodrigo Duterte to visit Manila, the first Russian leader to make a state visit there in 40 years.

So is there anyone minding the global store while Trump stages photo-ops with military dogs or North Korean dictators and ignores the tedious stuff?

“Though there are very good people in the Pentagon at all levels trying to compete with China militarily, it is ultimately undermined if you have a president that does not demonstrate interest,” Kaplan said. 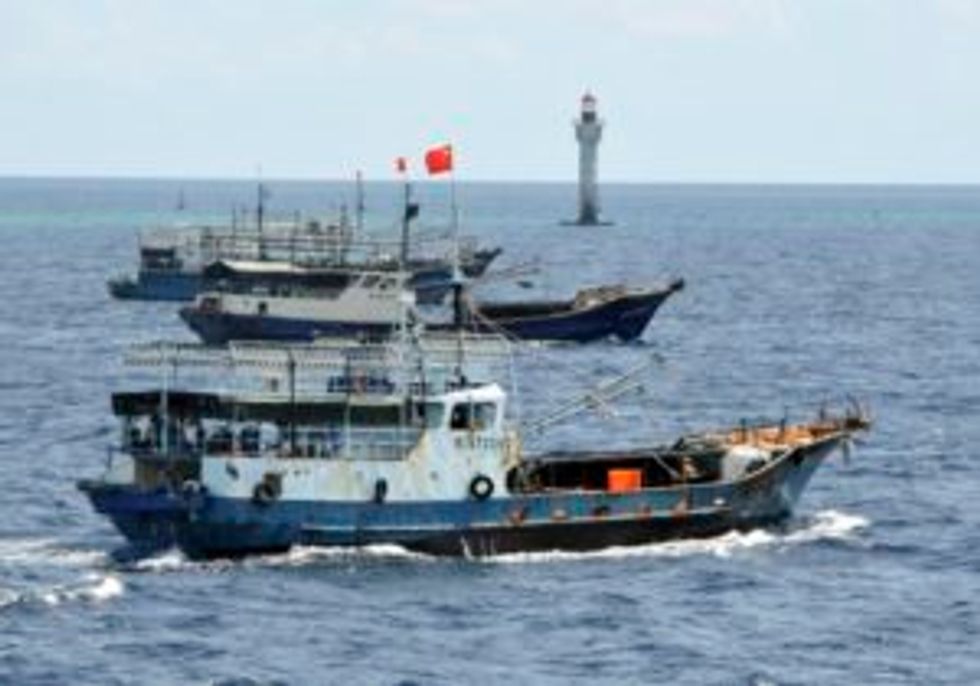 “The South China sea is as close to China as the Caribbean is to the U.S. China has a vast geographical advantage. The only way the U.S. can overcome that advantage is by demonstrating that America feels itself to be an Asian power and that means going to meetings and taking an interest in the region. Trump’s not going to do that.”

Greg Poling of the Center for Strategic and International Studies warned that the Chinese paramilitary militias masked as fishing vessels are a clever way for Beijing to assert their dominance while avoiding military conflict. The White House needs equally shrewd solutions.

"The U.S. needs to turn away from strictly military responses," Poling said.

"The U.S. Navy has a role in deterring outright aggression and backing up our partners. But the U.S. Navy cannot secure fishing rights for Filipinos or law enforcement rights for other neighbors. They need a diplomatic or economic effort to convince China to modify its claims or its behavior."