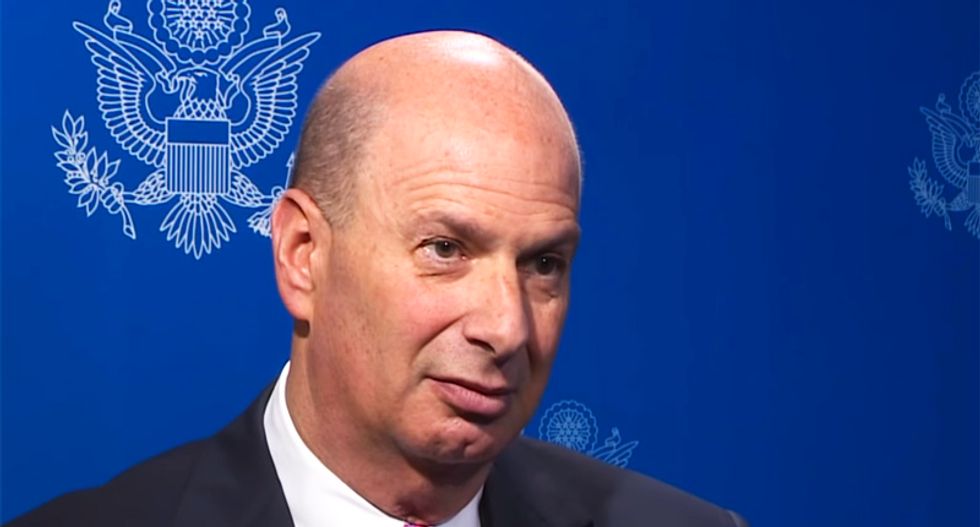 The former U.S. ambassador to Russia called out a new bombshell from Ukraine ambassador Bill Taylor as a national security -- and potential blackmail -- risk.

President Donald Trump's acting ambassador to Ukraine testified Wednesday in a House impeachment inquiry hearing that one of his staffers overheard the president discussing an apparent extortion scheme with his EU ambassador, Gordon Sondland, on July 26 at a restaurant.

That incident, which Taylor told lawmakers he learned about Friday, after his previous closed-door deposition, showed an astonishing lack of ethics and concern for security, said former Russia ambassador Michael McFaul.

That potentially placed Trump or his EU ambassador at risk for blackmail by any foreign powers that had tapped into Sondland's phone, and McFaul said the testimony also blows apart another one of the president's defenses.

"And remember, Trump said recently that he doesn’t even know Sondland," McFaul tweeted, "yet Sondland can get Trump on the line while sitting in a restaurant in Kyiv? Hmmm."

And remember, Trump said recently that he doesn’t even know Sondland, yet Sondland can get Trump on the line while… https://t.co/YAL8ErJGbs
— Michael McFaul (@Michael McFaul)1573663125.0