Giuliani has hired his former intern as defense attorney — after law firms turned him down: report 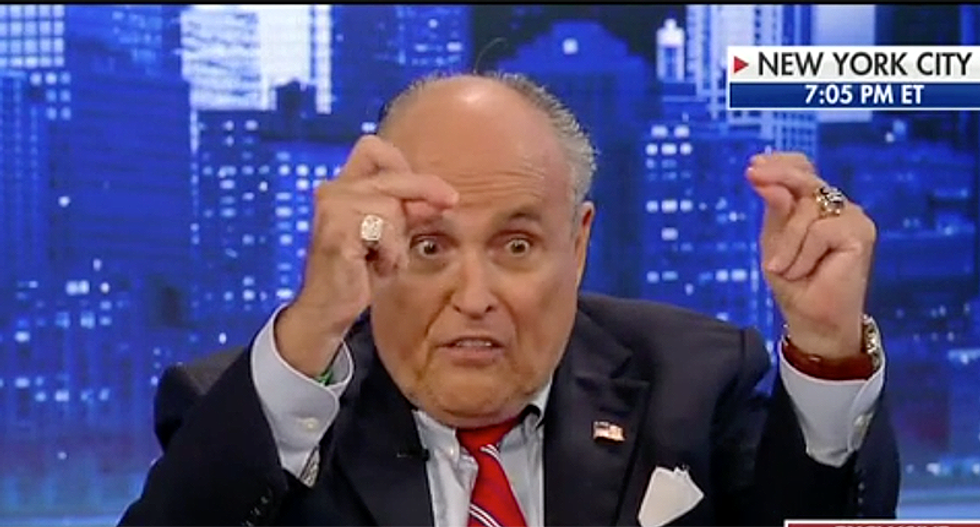 Giuliani, who is Trump's defense attorney, announced that Robert Costello, Eric Creizman and Melissa Madrigal would represent him.

"The hires came after a weekslong search to find a lawyer who would represent Mr. Giuliani, who rose to prominence as the United States attorney for the Southern District of New York, the same office that is now investigating him," The New York Times reported. "He has a wide range of close associates — including former prosecutors and judges — who could have taken him on as a client. But at least four prominent attorneys declined for various reasons, according to people familiar with the matter."

Law firms did not want to work for Giuliani.

"Big law firms are, for the most part, conservative institutions that often represent a wide range of clients with varying business interests, many of whom tend to shy away from controversy, regardless of their politics. Mr. Giuliani’s connection to Mr. Trump, his unpredictability and his recent history of outbursts in his frequent television appearances could make him a challenging client," The Times reported. "Mr. Giuliani’s trouble in hiring a lawyer mirrored Mr. Trump’s own difficulties attracting a top law firm to represent him as the probe by the special counsel, Robert S. Mueller III, dragged into a second year. That difficulty — and Mr. Trump’s desire for a more vocal representative — was how the president ended up hiring Mr. Giuliani."

So Giuiani hired a former intern.