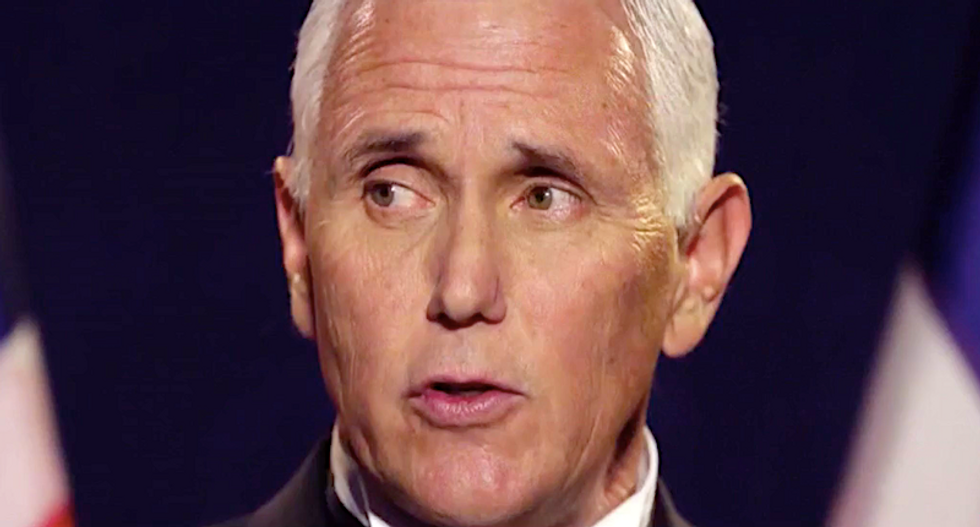 House Democrats don't appear to have moved the needle on impeachment, but they conducted their inquiry without testimony from the most important witnesses in President Donald Trump's apparent extortion scheme against Ukraine.

A dozen career diplomats, military officers and other witnesses provided testimony that placed Trump at the center of the scheme, but seven key witnesses who helped the president carry out the plot never answered questions from congressional investigators, reported The Daily Beast.

The witnesses who did testify implicated the president and his attorney Rudy Giuliani as the masterminds of the scheme, which was allegedly known by Vice President Mike Pence, Secretary of State Mike Pompeo, Energy Secretary Rick Perry, ex-national security adviser John Bolton and acting Chief of Staff Mick Mulvaney.

State Department witnesses showed Pompeo was "in the loop" on the pressure campaign and even signed off on some actions taken against Ukraine, and did not stand up for former ambassador Marie Yovanovitch, who Trump and Giuliani forced out in a smear campaign.

Mulvaney held up $400 million in defense aid for months, as Trump demanded an investigation of Joe Biden and Russia-backed conspiracy theories about the 2016 election, and he admitted a quid pro quo arrangement last month and told Democrats to "get over it."

Neither officials has told lawmakers about their roles in the scandal.

Perry, whose name came up repeatedly in testimony, was present at some of the most critical moments in the Ukraine timeline and was allegedly aware that Trump wanted the foreign country to dig up dirt about a political rival.

But the energy secretary, who's leaving the administration, has refused to testify in an impeachment inquiry he calls “illegal” and “improper.”

Pence staffer Jennifer Williams testified that Ukraine's president asked the U.S. vice president about the frozen aid during their meeting in Warsaw, but he blandly pledged "unwavering support" for the nation, and Trump refused to allow his No. 2 attend the newly elected president's inauguration in May.

Multiple witnesses described Giuliani as the central figure in the plot, but the former New York City mayor refuses to testify under oath -- although he has frequently tweeted about the case and discussed his efforts with reporters.

Trump has also been very public about his role in the case, and he's even asked Ukraine and China to investigate Biden during a news conference on the White House lawn.

Democrats would love to get testimony from any of these officials, but the White House has issued claims of executive privilege to justify ignoring subpoenas, and lawmakers doubt they have enough time for court battles to play out before the election.

“The people that aren’t coming in are hiding behind different defenses, are just flat-out obstructing, and we’re not going to wait on that,” said Rep. Raja Krishnamoorthi (D-IL), who sits on the Intelligence Committee.

But Democrats say their testimony -- while dramatic -- might not be necessary.

“If you have five witnesses who confirm a fact, do you need a sixth?” said Rep. David Cicilline (D-RI). “I think there’s ample evidence that the president of the United States attempted to bribe a foreign leader to interfere in American presidential election and used military assistance as leverage to do that.”

Russia has the highest official virus death toll in Europe and on Friday added 1,064 fatalities and 37,141 new infections.

"We're in a worse situation than a whole series of European countries when it comes to vaccinations," Kremlin spokesman Dmitry Peskov told reporters.