Jim Jordan shot himself in the foot with his key argument for Trump's innocence: Ex-Mueller prosecutor 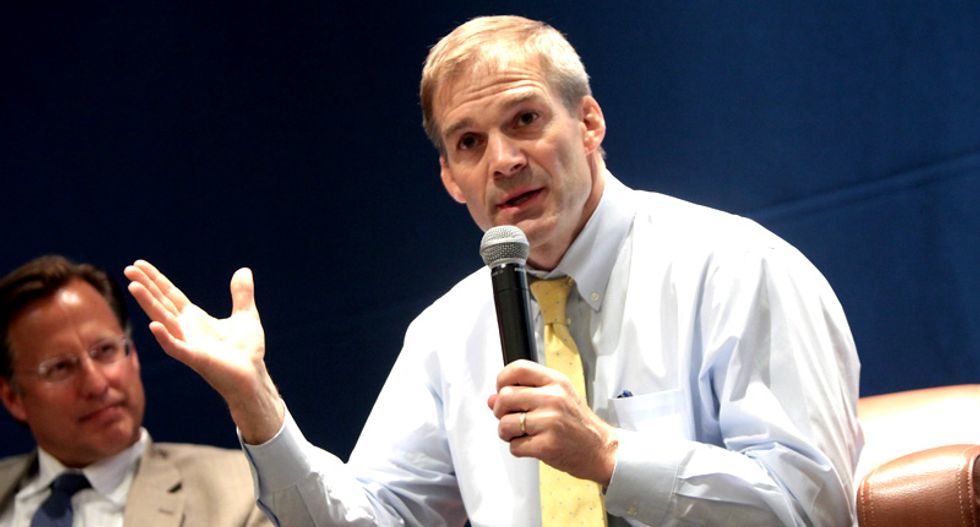 Former prosecutor Andrew Weissmann explained why Rep. Jim Jordan (R-OH)jo is stuck making terrible arguments without any of the facts on his side.

His example was Jordan and the GOP hammering home the idea that none of the people appearing before Congress were people who had first-hand information about the inner workings of the presidents of the U.S. and Ukraine.

The problem with the argument is that those with first-hand information have been barred by Trump from appearing.

"I think that a lot of good defense lawyers, you do what you can with — if you don’t really have great facts," Weissmann explained. "That sounds good, and it is really not a great argument when you have blocked the people with first-hand information from coming in and testifying, and you’ve blocked documents from coming in to say, 'Gee, you only have secondhand information.' And it also leaves aside that the president is actually on a call, and that is first-hand information. That is known as an admission."

At the same time, a bombshell from Wednesday's hearings is that the day after the July 25th call, on the 26th, Trump was still thinking about his proposal made the day before.

Ambassador Bill Taylor revealed in his testimony under oath that someone is appearing behind closed doors Friday who has first-hand knowledge of a conversation with Trump about Ukraine on the 26th.

Jordan was also humiliated by a fellow member saying he would love President Donald Trump to testify.