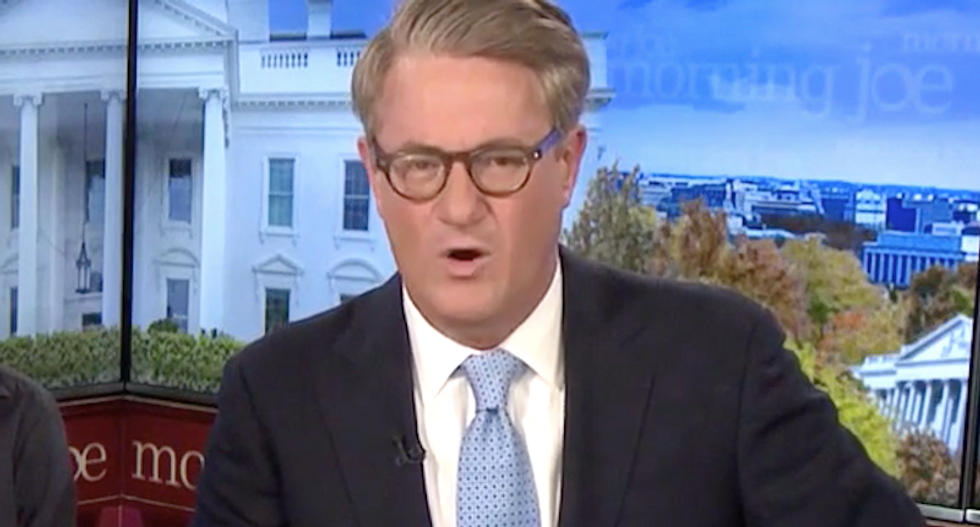 MSNBC's Joe Scarborough thumped Nikki Haley for "playing a game" by flattering President Donald Trump -- and positioning herself as his next running mate.

The former UN ambassador wrote in her new memoir that former secretary of state Rex Tillerson and former White House chief of staff John Kelly tried to recruit her to work around and subvert Trump, but she refused -- and the "Morning Joe" host called Haley out.

"Nikki Haley is not dumb," Scarborough said. "In fact, we know her, she's quite intelligent. But she certainly is playing a game here."

"We've heard this from the administration time and time again, people have ignored the president's orders because they were illegal," he added. "The president has ordered Cabinet members to actually execute orders that are illegal."

"For Nikki Haley, this was an audience of one," he said. "She's putting herself in position to be Mike Pence's replacement, if the president decides he needs to replace Mike Pence, and this was an audition, just like Bill Barr wrote that memo that Donald Trump fell for hook, line, and sinker and become attorney general, that's exactly what this book is all about."