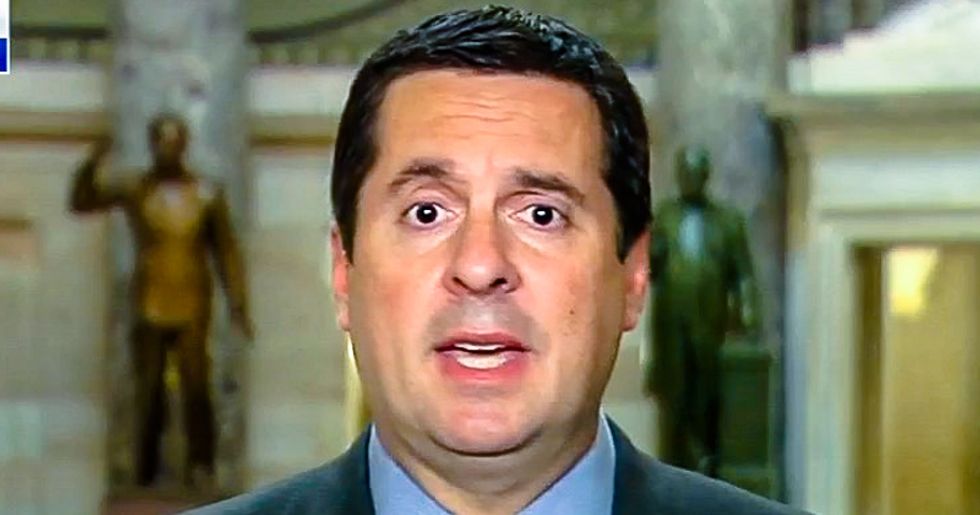 Asked by the Fox host, "Bottom line, were you in Vienna with Shokin?" Nunes demurred before going on a bit of a rant.

"I really want to answer all of these questions, and I promise you I absolutely will come back on the show and answer these questions, but because there is criminal activity here, we're working with the appropriate law enforcement agencies, we're going to file all this, everyone is going to know the truth, everybody is going to know all the facts, but I think you can understand that I can't compete by trying to debate this out with the public media when 90% of the media are totally corrupt," he explained before adding, "And because this is criminal in nature and because it's so bad, it's so slanderous, we've got all the facts on our side, and we're going to file in federal court because I’m not going to sit here and try to compete against the media that I have no chance of winning this.

"Just to be clear, you're saying you're suing CNN," Bartiromo pressed. "You’re telling me that CNN committed criminal activity?"

"It's very likely. Or they're an accessory to it, right? So none of this is true," Nunes shot back. "The sad part is, I’m the last guy that wants to go into the courts, but the media has become totally corrupt that now they’re willing to actually engage and help with criminals, indicted criminals. These people are sick, and the only way they’re going to be held accountable is through the court system. And It’s the only chance I have to actually get the facts out for the American people because they can't lie to a court."