Republican Party paid $14,000 for Trump to get booed at the Nationals Game in a luxury suite 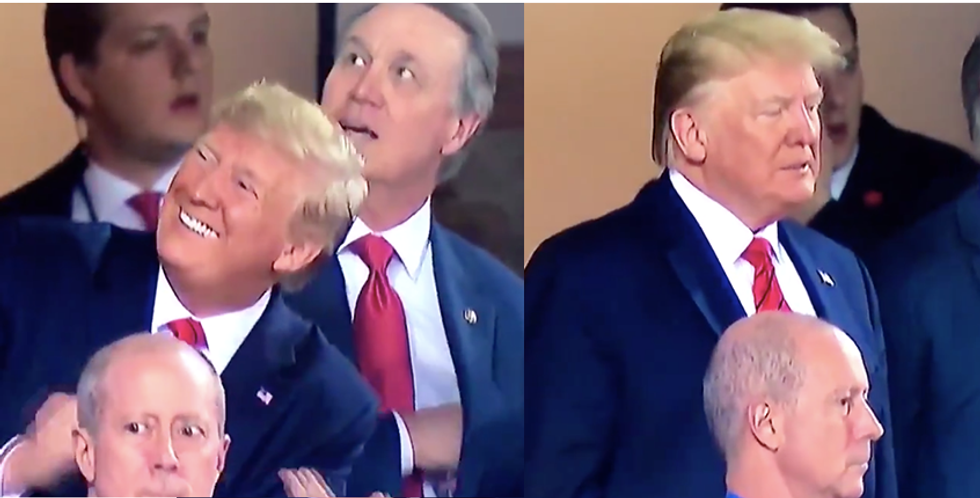 According to The Washington Post, it was the Republican National Committee that paid $14,000 in donor dollars for Trump to sit in a fancy suite at Game 5 of the World Series — where he was booed extensively.

"One of the Republican officials, who along with others spoke on the condition of anonymity to discuss internal RNC matters, said MLB charged face value for box seats and sent an invoice to the committee," The Post reported. "A White House official said it would have been impossible for the president to sit anywhere other than a secure box because of Secret Service safety requirements."

The alternative is that the president could have worked with the teams to see if he could throw out the first pitch. That would have given him access to the area behind the scenes that could be secured.

“We paid for the box because the president was there,” a senior Republican official told the newspaper. They tried to claim the congressional members who came along with Trump were there to "discuss issues about their districts."

"After the game, there was confusion among some offices on whether they were on the hook for the cost," the report said. Rep. Liz "Cheney’s (R-WY) chief of staff asked the White House at least four times on how to pay for the ticket but did not get a response, according to records reviewed by The Washington Post."

Her staff said they're willing to reimburse anyone for the cost of her ticket. It's unclear if Trump and the other members would be willing to do the same. Trump, however, won't even pay for over $1 million in costs he owes to police officers who secured his rallies.