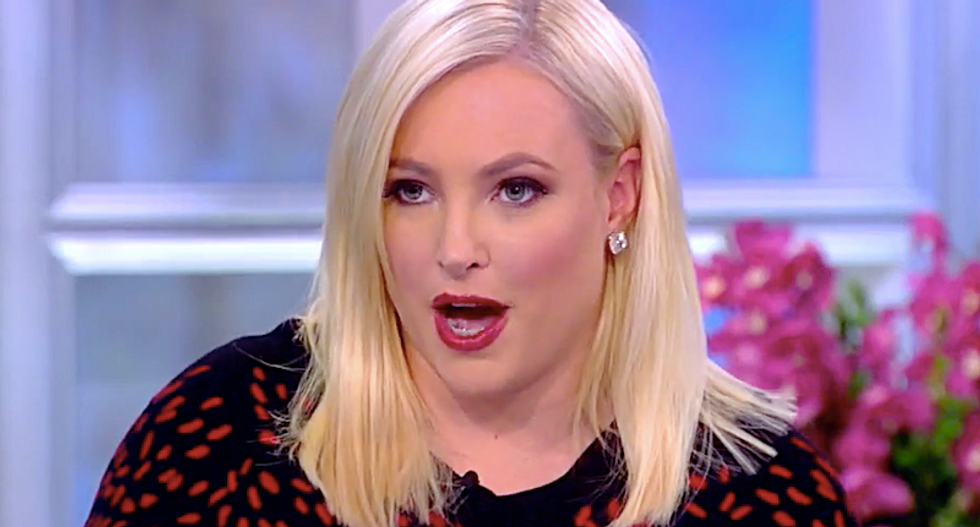 The show's two conservatives, McCain and Abby Huntsman, criticized the former UN ambassador for revealing that former Secretary of State Rex Tillerson and former White House chief of staff John Kelly had tried to enlist her to push back against the president.

"I find her to be probably the most ambitious politician since Hillary Clinton," Huntsman said. "I do, and I don't call this a tell-all book. To me, these are all setup books. Don't read it to really get an authentic view of that person, what she's doing is trying to butter up to the right people that she can they can help her win the next election."

Huntsman said the former South Carolina governor had clearly been positioning herself for another political run since leaving the administration.

"Here's what she doing against, I think, Kelly and Tillerson," Huntsman said. "She's now going to be able to say, see, I worked against the swamp, which is what she's calling them, and I helped the president withstand that. She thinks that will help her in the campaign."

McCain was offended that Haley had thrown Kelly under the bus to further her own ambitions.

"I agree with what you are saying, but John Kelly served and he lost his son," McCain said. "It is Veterans' Day, and the idea that he is, like, some swamp creature that hasn't served his country, I take such offense at."

Haley appeared to be positioning herself for a run sooner than the end of a second Trump term.

"If she thinks 2024 is soon, it might as well be 170 years from now," McCain said. "If you don't think there are going to be bright, shiny new objects not attached to Trump, and some of us still don't like it, especially women, I think it's a completely calculated political move."