'There is no bottom' for Republicans: Paul Krugman slams Trump and his 'corrupt old party' 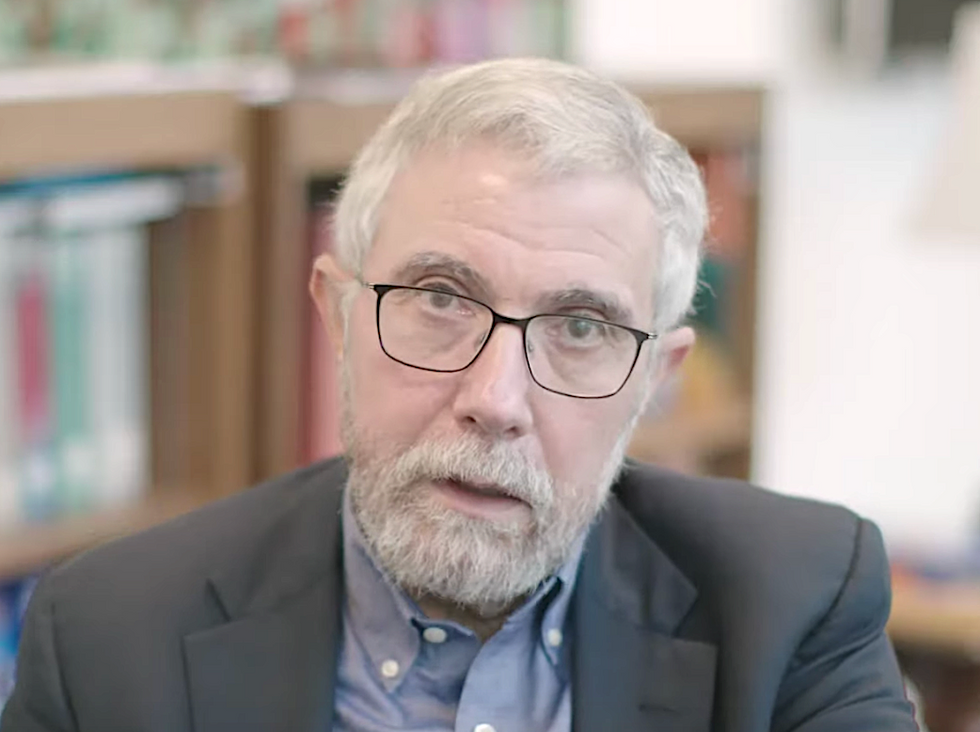 In a column for The New York Times this Friday, economist Paul Krugman argues that although the House only recently launched its impeachment inquiry into President Trump's dealings with Ukraine, the answer as to the President's alleged "abuse of his position for personal gain" would have "led to his removal from office long ago."

According to Krugman, the current inquiry is a test to show "the depths to which the Republican Party will sink."

"How much corruption, how much collusion with foreign powers and betrayal of the national interest will that party’s elected representatives stand for?" the Nobel Prize recipient asked.

The results of the test are already in: "There is no bottom."

"The inquiry hasn’t found a smoking gun; it has found what amounts to a smoking battery of artillery. Yet almost no partisan Republicans have turned on Trump and his high-crimes-and-misdemeanors collaborators. Why not?"

Krugman contends that the GOP is now a "thoroughly corrupt party" with Trump being only a symptom of a much larger illness that threatens US democracy. While Republicans' fear of their base plays a part in their loyalty to Trump, Krugman says there's a more sinister reason for their reverence.

"On one side, I don’t think most observers realize, even now, the extent to which many Republicans view their domestic opponents not as fellow citizens but as enemies with no legitimate right to govern," Krugman writes. He goes on to cite a recent speech from Attorney General Bill Barr, who characterized progressives as "militant secularists" who are out to “destroy the traditional moral order.”

"If that’s how you see the world, you’ll support anything — up to and including soliciting and/or extorting intervention by foreign powers in U.S. elections — that helps defeat those progressives."

On the other side are the Republicans who continue to show fealty to Trump after they've left office.

"What keeps them in line?" Krugman wonders.

"What, after all, do retired officials do for a living? Many become lobbyists, and in an era of extreme polarization that means lobbying their own party. Being honest about why you quit would be bad for future business."

Krugman concedes that there are still Republicans with principles who "deserve recognition for their current political courage."

"But the modern G.O.P. as a whole is overwhelmingly fanatical, corrupt, or both. Anyone imagining that the mountainous evidence of Trump’s malfeasance will lead to a moral awakening, or that Republicans will return to democratic political norms once Trump is gone, is living in a fantasy world."