'This is the president of betrayal': MSNBC's Donny Deutsch explains how Democrats can use impeachment to defeat Trump in 2020 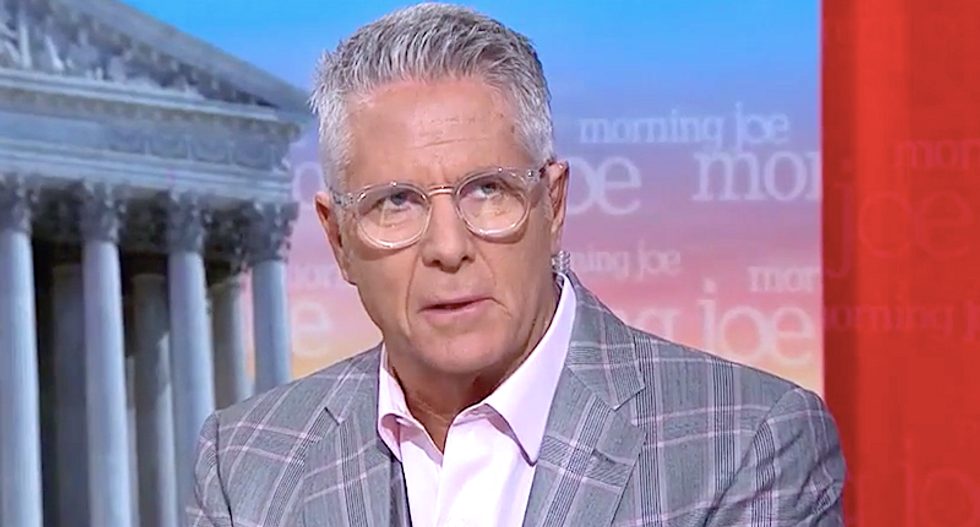 Democrats don't appear to have convinced Senate Republicans to convict President Donald Trump, but MSNBC's Donny Deutsch said they can use findings from the impeachment hearings to campaign against him next year.

The "Morning Joe" contributor urged Democrats to develop a coherent theme based on the findings turned up by House investigators to convince voters to do what congressional Republicans aren't willing to do -- remove the president from office.

"Does anybody know 'Bob Loves Abishola'?" Deutsch asked. "That's a show on CBS, you know, had about five, six million viewers the other night. That's what these hearings have done. We live in a little bit of a bubble that we sit here and we watch. The reality is, when you look at that new Emerson poll where we've lost 5 percent of people who even believe he should be impeached and 14 percent removed from office."

Democrats must present a simple message to voters going into next year, Deustch said.

"This is the president of betrayal," he said. "He betrayed the American trust, he betrayed our national security, he betrayed the Constitution, the presidency, he betrayed us on education. Now I'm making the turn. He basically is taking our budget back 10 percent. He's going to betray us on health care, he still wants to repeal Obamacare, he's betrayed you on taxes."

"It needs to go to a bigger place because, unfortunately, come January and February, the parade will move on and we get very hyped up in this building here, we get very hyped up watching," he added. "The reality is, if the games take Trump out of office, you've got to take this betrayal and move it to a bigger place for the candidates to tuck the football under their arm and go."

That message will be most effective if Democrats show voters how Trump's corruption will effect them personally, Deutsch said.