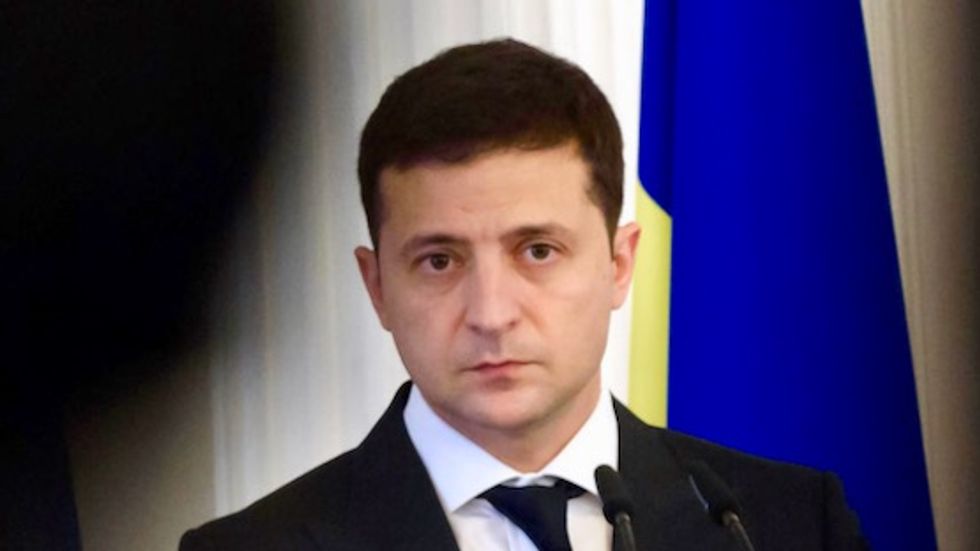 Is Ukraine a cesspool of corruption – or a helpless victim of Russian aggression?

Both of these simplistic narratives have been expressed during the ongoing impeachment hearings. As a political scientist who studies Ukrainian politics, I know both are damaging to Ukraine.

Since taking office in May 2019, Ukrainian President Volodymyr Zelenskiy has tried to invite potential foreign investors into the country. The narrative of Ukraine as corrupt will likely dampen these efforts to boost the economy.

The impression of Ukraine as overdependent on the U.S. will hurt it in its struggle with Russia by damaging the country’s standing as a sovereign nation. It plays into the hands of Russian President Vladimir Putin, who has long argued that Ukraine is “not a real country” and is controlled by Washington.

And while the Ukrainian government is opting to remain quiet and distance Zelenskiy from the impeachment hearings – a decision praised by many – the testimonies from Washington are also affecting Ukrainians’ opinion of the president they elected on April 21, 2019.

During his testimony in a closed-door hearing on Nov. 15, David Holmes, a political consultant in the U.S. embassy in Kyiv, recounted a telling phone conversation between Trump and Gordon Sondland, U.S. ambassador to the EU.

According to Holmes, in a July 26 call, Sondland told Trump that Zelenskiy will do anything that Trump wants him to do. That included opening an investigation into the energy company Burisma, where Joe Biden’s son Hunter served as a member of the advisory board from 2014 to 2019.

This willingness presumably was due to Zelenskiy’s admiration for Trump. According to Holmes, Sondland claimed that Zelenkiy “loves [Trump’s] as-”.

Indeed, in the July phone conversation between the two presidents, Zelenskiy praised Trump, saying he learned many lessons from Trump’s campaign.

The two presidents do have some things in common. Both are businessmen who built their images as TV personalities, and both ran on rather populist platforms. Like Trump, Zelenskiy likes to communicate with the public directly via social media.

However, to say that Zelenskiy “loves” Trump, or any of his body parts, is likely an overstatement. Zelenskiy was likely flattering his counterpart, knowing Trump’s notorious vanity.

Even so, some members of the Ukrainian opposition have commented that the “nonstop comic show,” referring to Zelenskiy’s role in the impeachment hearings, is damaging Ukraine’s world image.

According to recent opinion polls conducted by Erik Nisbet and Olga Kamenchuk of Ohio State University, Ukrainians are split on what their president should have done with regard to the apparent quid pro quo request from Trump. Only 12% believe it should have been rejected completely – a recognition that the U.S. is an important partner for Ukraine in its dealings with Russia.

With characteristic humor, Ukrainians have taken to calling Zelenskiy “Monica,” a reference to Monica Lewinsky’s central role in the Bill Clinton impeachment proceedings.

But the challenges Zelenskiy faces as president are serious for Ukrainians.

The president’s just-formed party, Servant of the People, holds a majority in the parliament but has already shown signs of fracturing. Some of its members have come under serious criticism involving accusations of taking bribes and sexting prostitutes.

And a controversial land reform introduced by his administration last month sparked heated debates in the parliament and several street protests. The reform of small business laws and continued questions about the president’s relationship with oligarch Ihor Kolomoiskiy are among other issues facing the new president.

Trump ‘does not give a sh– about Ukraine’

Bringing peace to the Donbas region, where Ukraine has lost 13,000 lives in a war with Russian-supported separatists since 2014, was at the core of Zelenskiy campaign promises.

A major step in the peace process will be a face-to-face meeting between Zelenskiy and Putin tentatively set for Dec. 9 in Paris. To prepare, Zelenskiy has already taken several controversial steps, including withdrawing troops along the front lines. These decisions, which some saw as a capitulation to Russian aggression, sparked street protests.

Weakened strategic and political support for Ukraine from the U.S. may undermine Ukraine’s bargaining position in the upcoming talks, possibly forcing it to make more concessions. The narrative of corruption and powerful influence of the U.S. in Ukraine parrot Kremlin propagandists.

Putin has said “Ukraine should stop looking for happiness” with the U.S.

The impeachment hearings just may convince some Ukrainians he is right. In his Nov. 15 testimony, the political consultant David Holmes recalled Sondland saying that Trump “does not give a sh– about Ukraine.”

Such a statement may well make Ukrainians wonder about the reliability of their partnership with the U.S. – and perhaps even question their country’s relationship with the West more generally.