'You can smell the corruption': MSNBC's Morning Joe burns Nikki Haley for selling her soul to take Pence's job 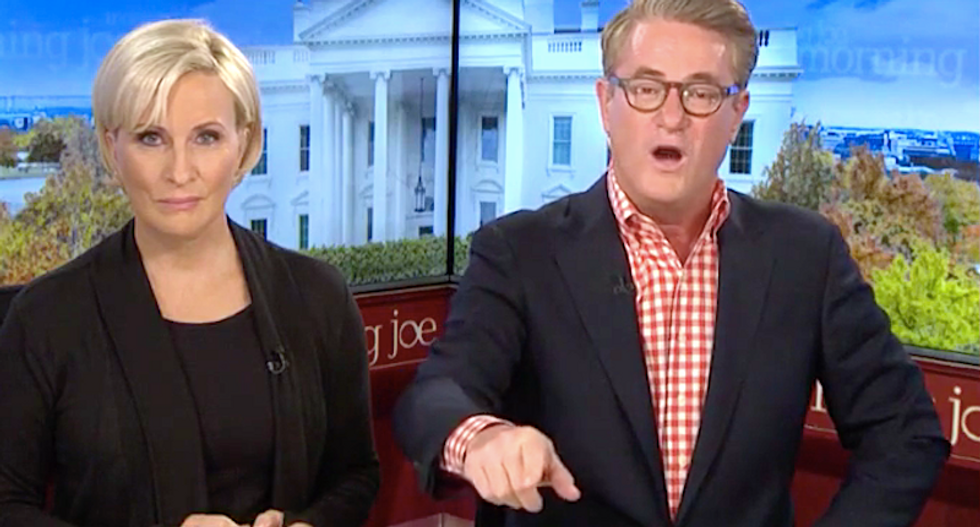 The former South Carolina governor and UN ambassador has been making the rounds promoting a new book -- and praising President Donald Trump as truthful and competent, and the "Morning Joe" host said there's only one explanation for Haley squandering her reputation before the 2024 election.

"I have one word for Mike Pence, my friend -- duck," Scarborough said. "I mean, Nikki Haley, unless she wanted the job, would not -- would not so besmirch her own reputation. She just said she had no question as to Donald Trump's fitness for the job."

"This is just one of those moments where we need to just stop, and actually you can just smell the corruption in Washington, D.C., and you see the impact of Donald Trump, how he corrupts everybody that's either close to him, in his orbit, or who want to be in his orbit," Scarborough added. "I will say, it is actually, personally, it's very sad."

Scarborough wondered why Haley was so eager to become Pence, when even the real Pence no longer behaved like himself while orbiting the president.