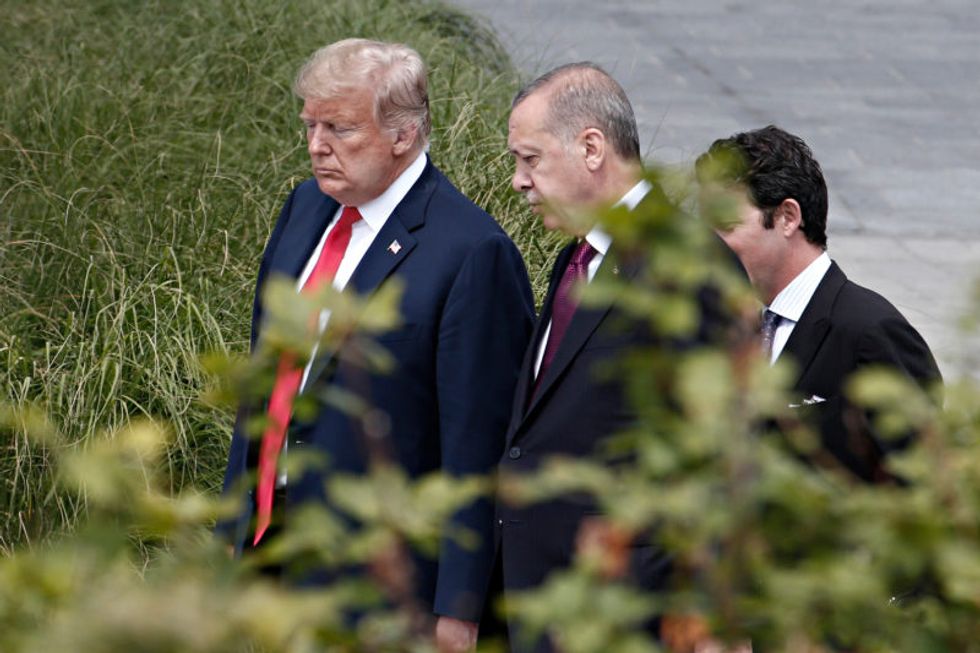 The Trump administration is pushing back against a bill that seeks to punish Turkey for buying Russian weapons, specifically a key provision in the bill that would help Kurdish refugees, The Daily Beast reports.

According to a document from the White House explaining its position, the administration is against a part of the bill that would help Kurdish refugees seek asylum in the U.S. quicker. “The President has been clear on this Administration’s approach to refugees as reflected in the National Security Strategy of the United States,” the document says.

The bill would sanction Turkey for buying Russian surface-to-air missiles, as well as barring the U.S. from selling Turkey F-16 or F-35 fighter jets until the country gives up the S-400 missile defense system it purchased from Russia. According to the Foundation for Defense of Democracies' Aykan Erdemir, the Trump administration's move would "definitely encourage [Turkey's president] Erdogan to continue his transgressions."

According to the Trump administration, the bill would "effectively terminate U.S.-Turkey defense trade,” which would then increase Turkey’s reliance on Russia or “other adversary arms providers” for weapons. The White House also argues that the bill would also “treat Turkey as a pariah in NATO, feeding a narrative that the Russian Federation would likely seek to amplify and exploit.”

Speaking to The Daily Beast, Aaron Stein of the Foreign Policy Research Institute said that the White House's response to the bill gives more clarity on why the administration has opposed sanctions against Turkey.

"The art of the deal, the master of the deal is an effing moron," Stein said, referring to Trump. "The thing to do is impose CAATSA [the Countering America's Adversaries Through Sanctions Act] and make this go away. It’s just that simple."