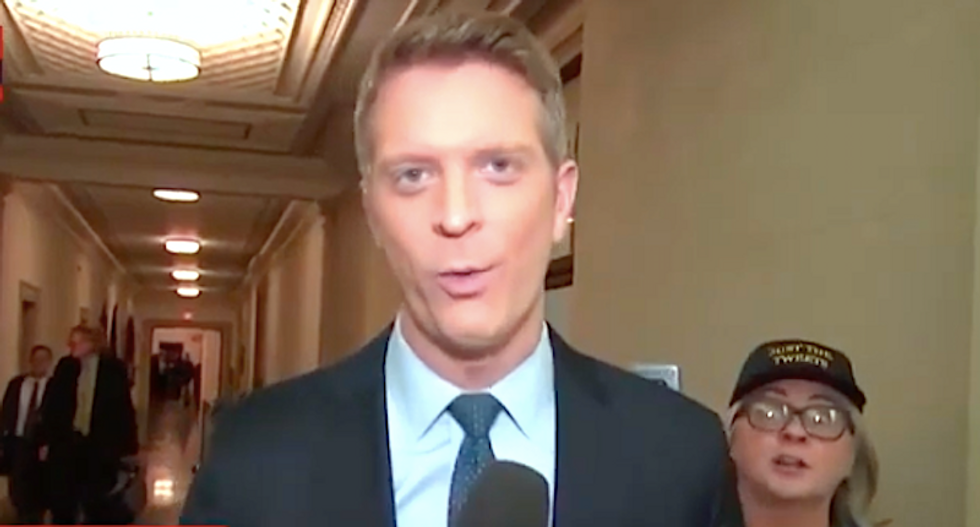 MSNBC's Garrett Haake struggled to maintain his focus after a Trump supporter interrupted his live shot from the U.S. Capitol to report on the impeachment process.

First she berated Rep. Sheila Jackson Lee (D-TX), saying the late Democratic lawmaker Barbara Jordan would be "rolling over in her grave" watching her performance during impeachment hearings, and then encountered Haake.

Haake can be seen motioning for the photographer to follow him away from Hope, as he continues speaking, and host Nicolle Wallace laughs as the reporter moves around the corridor to avoid the disruption.

"We're with you, Garrett," she said, laughing. "You keep moving."

Props to @GarrettHaake and his team for not flinching as a woman interrupted his live shot outside the impeachment… https://t.co/5pdsKhS62P
— Taylor Popielarz (@Taylor Popielarz) 1576253130.0