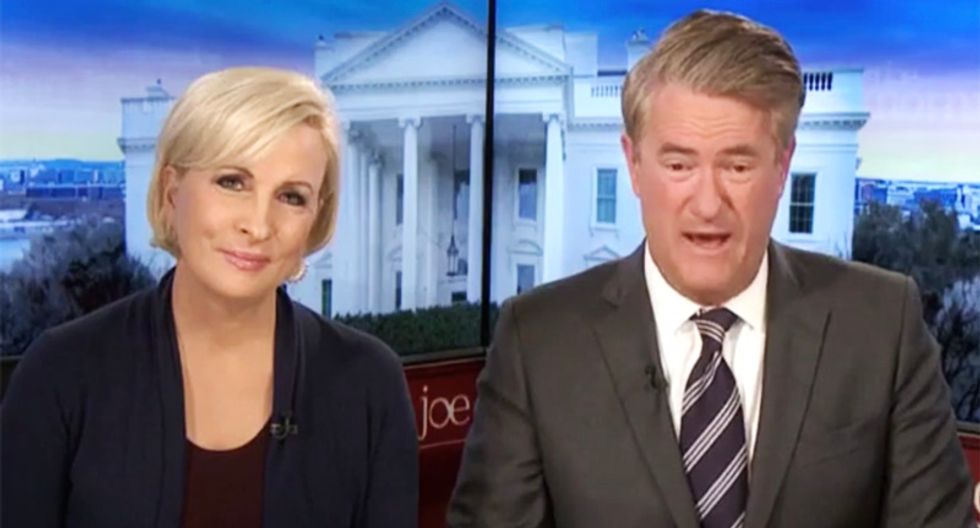 Looking at the numbers in a Fox News poll released over the weekend that showed increasing support for the impeachment of Donald Trump, "Morning Joe" host Joe Scarborough pulled out some highlights that he claimed should be causing panic in the Oval office.

In a word, the host called the newly released numbers "devastating."

"They are devastating up and down the line," Scarborough chimed in. "My gosh, you look at all of the numbers. I'm still stunned by the top number; 50 percent still want him impeached and removed from office, only 41 percent don't. You know, 4 percent want him impeached but not removed."

"Those are devastating numbers," he repeated. "Bill Clinton never got into the 30's on impeachment and it just -- I just think about the Republicans that have been running around telling everybody, and also the Trump hacks who work for online newspapers running around writing columns saying that this has been horrible for the Democrats and Nancy Pelosi. Those numbers are devastating up and down the line for any politician, Republican or Democrat alike."

According to a report from the Washington Examiner, Donald Trump is getting praised for hiring solid professionals to run his bid to win the 2024 Republican Party presidential nomination but there is a nagging fear it could all fall apart as the primary season begins to ramp up.

Following the midterm election, the former president announced his third bid for the presidency which was met with dismay in some Republican quarters after the predicted 'Red wave" failed to materialize -- in part because of the former president's interference in candidate selection.