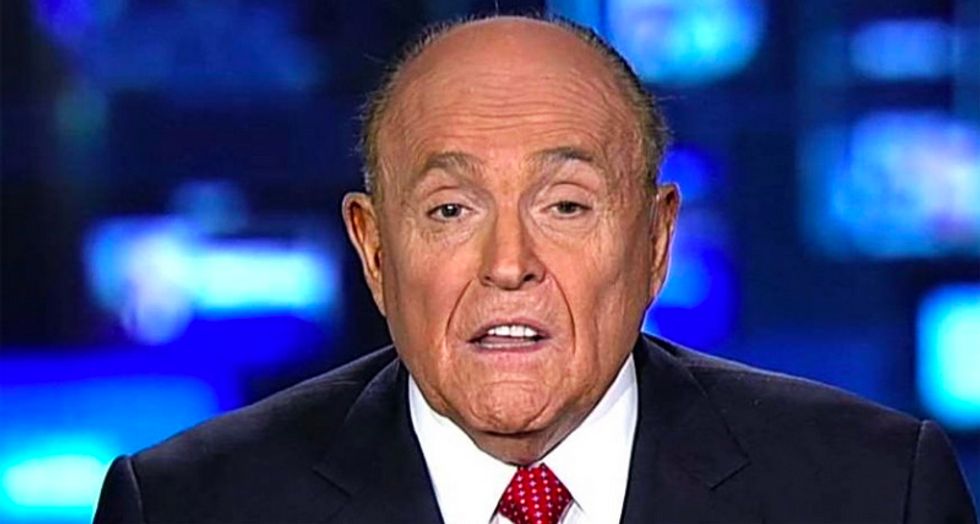 Rudy Giuliani claimed President Donald Trump had a constitutional obligation to carry out the Ukraine scheme, and was quickly drowned in mockery.

The president's personal attorney jumped to an unusual legal conclusion based on Article II, Section 3 of the U.S. Constitution to defend Trump's efforts to pressure Ukraine into investigating Joe Biden -- which Giuliani is continuing to pursue this week in a visit to Kyiv.

"Presidential Legal Obligations 101," Giuliani tweeted. "Art 2, Sec. 3 of the US Constitution obligates the President to investigate and ask for investigations of corruption in countries we provide funds to. Who ever heard of a president being impeached for carrying out his constitutional mandate?"

@RudyGiuliani Gee Rudy did he engage American Law Enforcement to do this or did he do it another way?
— Sunny Skyes (@Sunny Skyes) 1575637047.0

@RudyGiuliani Actually the State Dept found they had met the criteria for receiving the money. Investigating corrup… https://t.co/bxYKJJkWI1
— Wendy (@Wendy) 1575637319.0

@RudyGiuliani And when did a president have his personal lawyer running foreign policy or is it his re-election campaign?
— James Powditch (@James Powditch) 1575637004.0

@RudyGiuliani Congress had already determined that Ukraine had met it's obligations regarding corruption and had au… https://t.co/gyk7niPWt2
— Cora (@Cora) 1575637589.0