'I know how not to commit crimes!' Rudy Giuliani goes off the rails during booze-fueled interview 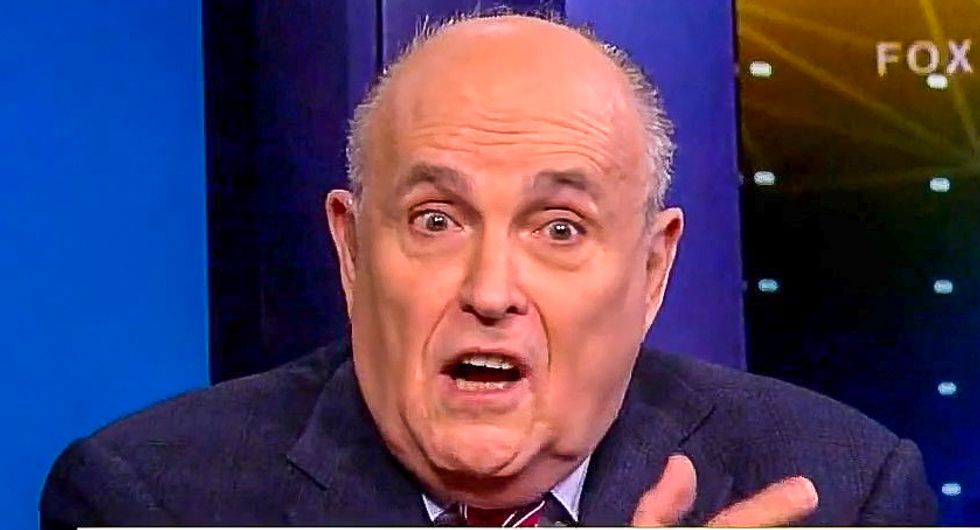 Trump attorney Rudy Giuliani sat down for an interview with New York Magazine reporter Olivia Nuzzi in which he downed Bloody Marys and railed against federal investigators who seem to be hot on his trail.

During brunch at The Mark, a five-star hotel on East 77th Street in New York, Giuliani fumed about the federal prosecutors at the United States Attorney's Office for the Southern District of New York who are reportedly investigating him for a wide assortment of potential crimes.

"If they think I committed a crime, they’re out of their minds,” Giuliani told Nuzzi. "I’ve been doing this for fifty years. I know how not to commit crimes. And if they think I’ve lost my integrity, maybe they’ve lost theirs in their insanity over hating Trump, with some of the things they did that I never would’ve tolerated when I was U.S. Attorney."

Giuliani then accused the prosecutors at SDNY of being "a Trump-deranged bunch of silly New York liberals," and said they are "idiots" for reportedly investigating his activities in Ukraine.

Giuliani also ordered and consumed at least two Bloody Marys during the course of the interview, and Nuzzi reports that the waiter at The Mark's restaurant was not surprised when the former New York mayor asked about them.

“Yes, sir, and I know you love them," the waiter said when Giuliani inquired if they still made "wonderful" Bloody Marys.