If John McCain is any indication -- Trump's feud with the Dingells will get worse: NYTimes reporter 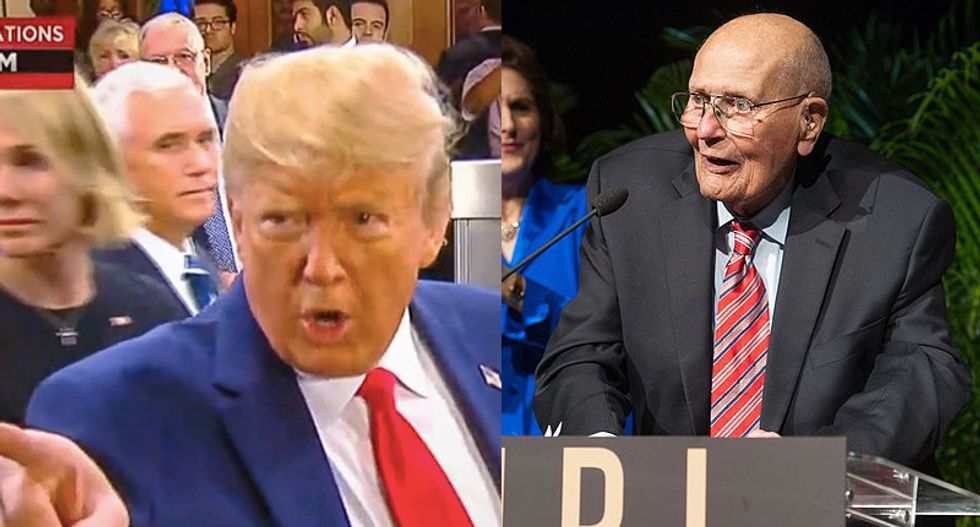 President Donald Trump went on the attack against Rep. Debbie Dingell (D-MI) and her husband while he was speaking at his longest campaign rally of his presidency.

While the audience was eager to boo the current congresswoman, when it came to her late husband, Rep. John Dingell, the crowd didn't respond well to the president's accusation that he was in Hell.

"We saw a really personal attack from the president at the rally tonight, [who] basically said he lowered the flags for John Dingell and he couldn't believe that Debbie Dingell would vote for impeachment given that he had done such a great honor for her husband and that maybe he was, you know, looking up rather than looking down," said New York Times reporter Annie Karni.

She explained that the remark "fell flat" on the Michigan audience and that often the president isn't aware of the politics of the places he's visiting and that some of his "jokes" don't play well.

"But this president doesn't shy away from a personal fight even when it's unseemly," Karni continued. "I can see this going in the direction that it did with attacking John McCain even after his death. That went multiple rounds. Trump just kept doubling and tripling down. I don't think that if history -- if Trump's behavior in the past is any sign of what he'll do next, I don't think Debbie Dingell's tweet will be the end of a fight with the Dingells. This is just the kind of personal slap-fight that he loves to keep going."