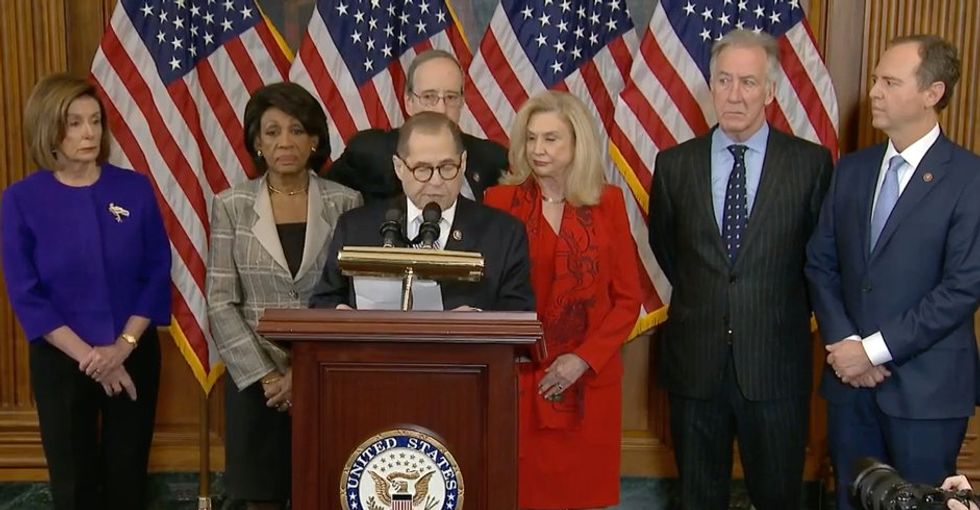 At 9:07 AM ET Speaker Nancy Pelosi began a press conference to announce the House will draft and vote upon this week Articles of Impeachment against President Donald Trump. Those articles are abuse of power and obstruction of Congress.

Calling it a “solemn day,” the Speaker thanked the six committee chairs who have been engaged in the impeachment inquiry, and gave special thanks to the late Chairman Elijah Cummings.

"Our president holds the ultimate public trust. When he betrays that trust and puts himself before country, he enda… https://t.co/doPZgJXrZc
— CBS News (@CBS News) 1575987163.0