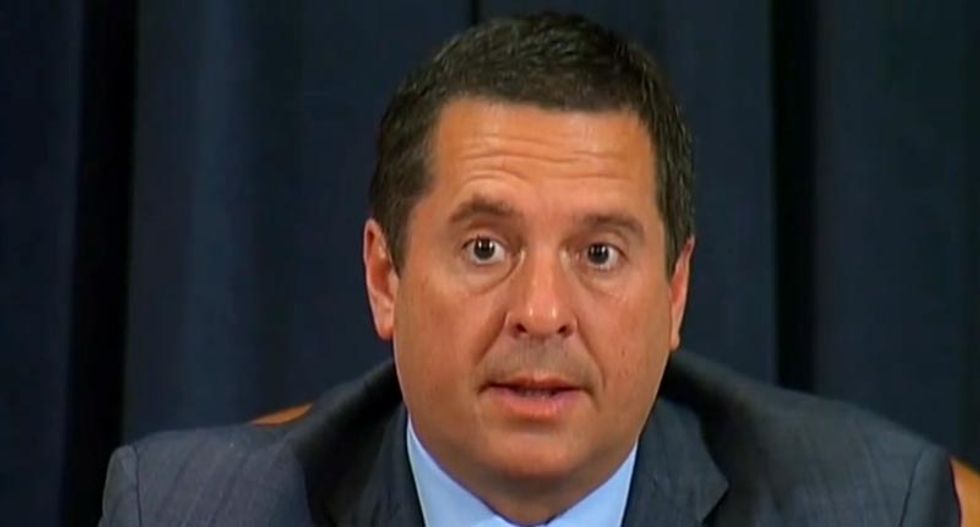 MSNBC's Joe Scarborough slammed Rep. Devin Nunes as a "scam artist" for secretly taking part in the Ukraine scheme himself and then sitting in impeachment hearings.

The "Morning Joe" host was astonished that Nunes, a California Republican, pretended that he had not spoken by phone to Lev Parnas, an indicted associate of Rudy Giuliani, despite the existence of phone records detailing their calls to one another.

"If I'm talking to a Ukrainian, right, and he's in the middle of this 'drug deal,'" Scarborough said, "and the second he gets indicted, I'm looking at the paper and I start sweating."

Scarborough and other panelists agreed Parnas had a memorable name, and found it impossible to believe that Nunes would not recall speaking to him -- especially after the Ukrainian became part of impeachment saga involving President Donald Trump.

"So Lev's attorney -- I'm calling him Lev -- Mr. Parnas," said co-host Willie Geist. "His attorney previously had said not only did Devin Nunes and (his) client Lev Parnas speak in April a number of times on the phone, let's just say they weren't talking about sushi joints to find in Kyiv."

"So for Devin Nunes to pretend he didn't remember, remember he said, 'I don't remember that name, I don't remember the calls, we're looking into it," Geist added. "The fact that he was the ranking member sitting there as all this testimony was coming across his desk in front of the public, pretending he didn't know anything but had been on the phone with some of the key players in this, it's outrageous that he was sitting there and more outrageous that he's pretending now he didn't know about it."

Scarborough agreed, saying Nunes had a demonstrable history of abusing his role on the House Intelligence Committee to help Trump avoid trouble.