Jeff Van Drew trashed for switching parties to defend Trump from impeachment: ‘Choosing the wrong side of history’ 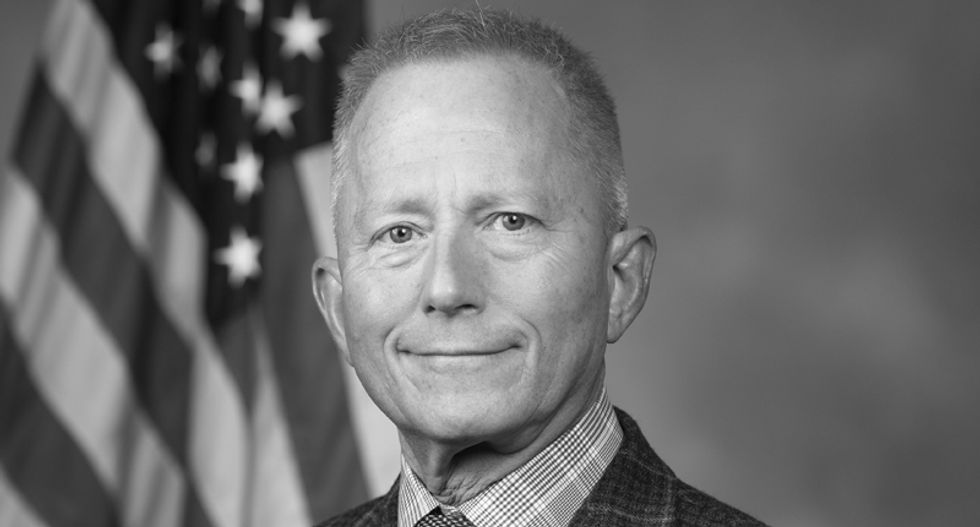 New Jersey Democrat Jeff Van Drew was blasted online on Saturday after reports that he would be switching parties after a new poll revealed he would lose a primary if he backed President Donald Trump on impeachment.

Many people viewed Van Drew's position as putting his own political interests above his duty to defend the Constitution.

Here's some of what people were saying about the conservative lawmaker:

The Van Drew story seems pretty simple to me: the guy got a poll back saying that voters in his swing district woul… https://t.co/2HgcTDeebt
— Jon Favreau (@Jon Favreau) 1576354407.0

My firm conducted this poll. If people want to take something away from Van Drew's party switch, it's pretty simple… https://t.co/JadXZGGw8w
— Tom Bonier (@Tom Bonier) 1576362666.0

Rep. Jeff Van Drew reportedly considering party switch after being courted by Trump. He was one of the centrist fr… https://t.co/Ygz7pvcOXS
— Lee Fang (@Lee Fang) 1576356309.0

As a #NewJersey native, I will be deeply disappointed in Rep VanDrew if he has been influnced to change parties at… https://t.co/2rXnCPAYw3
— Piper Perabo (@Piper Perabo) 1576365324.0

When he switches parties, Jeff Van Drew will be the first Republican member of Congress to have endorsed Cory Booker's presidential campaign
— Ben Jacobs (@Ben Jacobs) 1576356134.0

If you're wondering why Van Drew is switching parties, @wildstein has been documenting how support has been collaps… https://t.co/xv5ILL4gFl
— Matthew Miller (@Matthew Miller) 1576356197.0

Are we supposed to believe that his disagreement with his party on one issue, impeachment, was enough to switch par… https://t.co/ObzYoISyGu
— Tom Bonier (@Tom Bonier) 1576358496.0

@heatherscope The stunning move comes ahead of a historic vote on impeachment, to which Van Drew is strongly oppose… https://t.co/9TXRH1yjAm
— Melanie Zanona (@Melanie Zanona) 1576355294.0

Here’s a fundraising email Van Drew’s camapign sent out 3 hours ago about protecting “our majority in the House”… https://t.co/8dJCXsId4Z
— Simone Pathe (@Simone Pathe) 1576360601.0