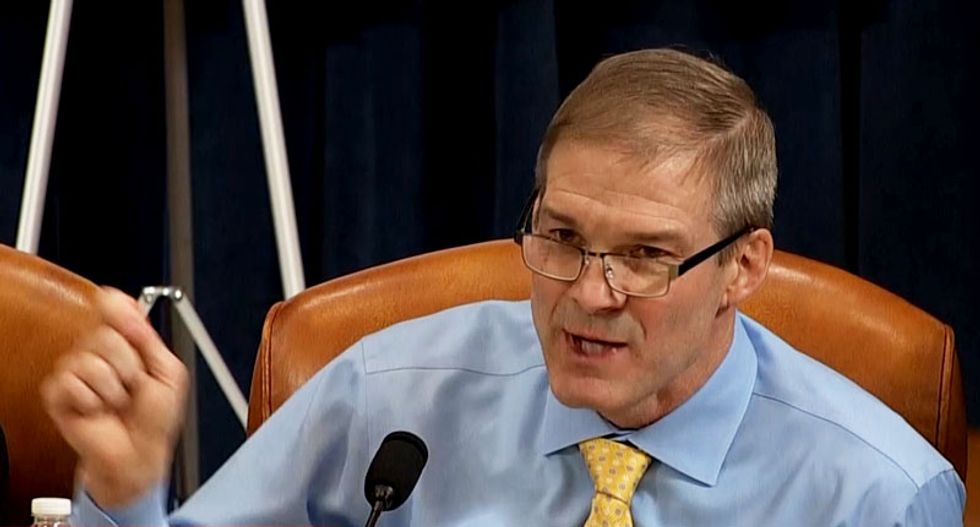 Appearing on MSNBC's "AM Joy" the founders of Fusion GPS,  which was behind the Steele report which led to an investigation into Donald Trump's relationship with Russia, slapped down claims made by Rep. Jim Jordan (R-OH) made during the House Judiciary Committee hearings this past week.

Host Joy Reid began by sharing a clip of the Ohio Republican's rant during the Trump impeachment hearings, where he claimed, "The guy who write the dossier was, quote, 'desperate to stop Trump.' The dossier they are using to get a warrant to further spy on the Trump campaign didn't tell the court the guy who wrote the dossier was working for the Clinton campaign."

"The origin of the research into Donald Trump was started in September of 2015, and it was financed by the Republicans," he recalled. "The first half of our investigation was all paid for by the Republicans. The reason that we hired Christopher Steele was that we did about eight months of research for the Republicans which led us ultimately to become very curious about Donald Trump's connections to the Russians."

"If anything," host Reid suggested. "He [Steele] was favorably disposed toward the Trump family before he began his research because he visited a Trump family member at Trump Tower and had been friendly with the family member for some years. He described their relationship as personable and gifted the family a tartan. Do you know who that family member is? There's been speculation and it sounds like the person who originally funded the Steele research and Steele himself were basically pro-Trump or pro-Republican at least."

"Yeah, you know, we all think it's Ivanka Trump, and I think it's more an acquaintanceship than a friendship," Simpson replied.