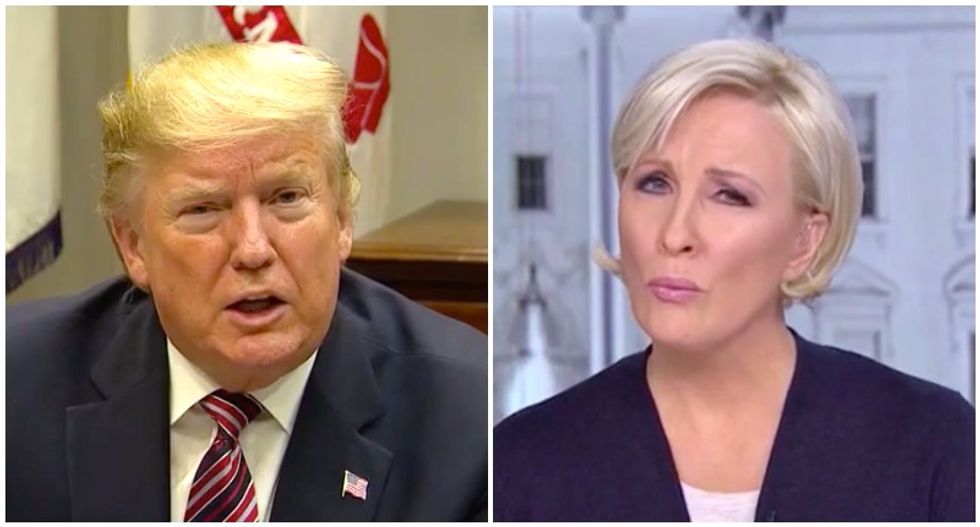 The president complained Friday that new toilets must be flushed 10 to 15 times to clear the bowl, and "Morning Joe" panelists tried to make sense of his rant about bathroom facilities.

"We asked the White House if they're having issues with the plumbing in the building," said Associated Press reporter Jonathan Lemire. "Perhaps the president is harkening back to his time as a developer, and maybe at Trump Tower they have high-flush powerful toilets. But we'll keep asking, we'll pursue this -- don't you worry."

"He had the type of toilets, I guess, where you could flush it, put a cinder block in it and it would break it up," said co-host Joe Scarborough. "I think when he's talking about flushing 10 or 15 times, this is one example of everything the president saying either a projection or a confession."

"He's probably talking about Doral or Mar-A-Lago," Deutsch said. "He's cuckoo for Cocoa Puffs, that's a crazy person. If you were going to get a therapist in to look at that drift and that mind, where he was going, that's not a well man."

"If you took that in a vacuum and looked that," he added, "if that was Uncle Joe, I don't mean Biden, it could be Uncle Louie, you'd call the internist and say, 'should we get him checked,' because that's a mind that's not right."