'All that bootlicking on Fox News finally paid off': Ex-Clinton pollster buried for advising Trump 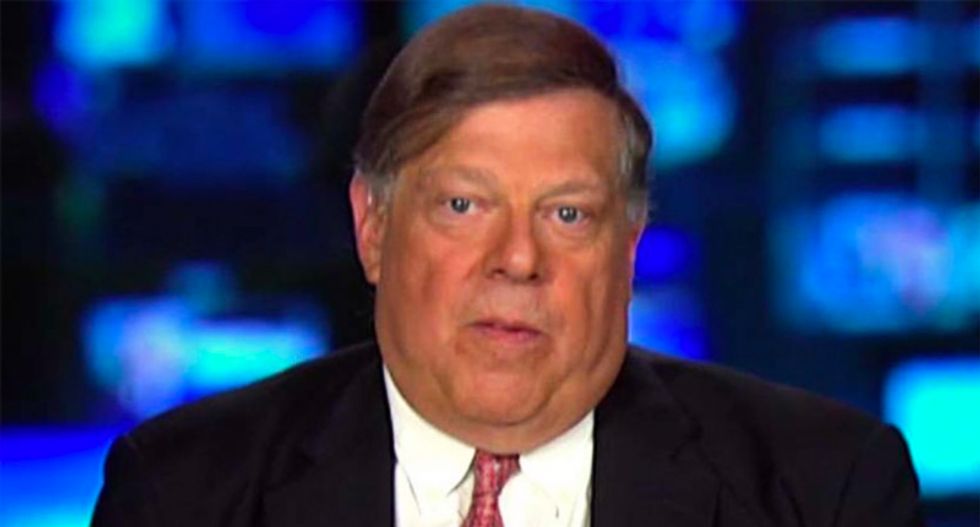 In a column for the Daily Beast, longtime political observer Eleanor Clift attempted to solve the mystery over why a former pollster for President Bill Clinton has been advising Donald Trump over his impeachment worries.

Referring to reports that Mark Penn met with the president when beckoned, Clift asked around to find an explanation for why a self-proclaimed Democrat would lend the president a helping hand.

With former Clinton White House official Joe Lockhart calling Penn "a very divisive guy, not well-liked among his peers and he will inject chaos into the [impeachment] process,” Clift reports that former lobbyist and longtime Democratic strategist Paul Equale had a lesser opinion of Penn -- who incidentally is also a contributor on Fox News.

“Unbelievable, what the (expletive) is he doing,” stated Equale. “He’s gone through the looking glass down the rabbit hole and then he drank the Kool Aid. If there was any question that he wasn’t a self-important opportunist, it’s now been answered.”

Continuing along those lines, he added, "None of this is about politics. It’s about what our mothers and fathers taught us—and certainly anyone who claims to have a credential as a Democrat of any stripe who gives advice to this president—particularly relating to impeachment—has political myopia and self-induced blindness.”

According to Jonah Blank, a former Senate Foreign Relations Committee aide, Penn has a long history of pushing attack-dog talking points that might appeal to Trump, telling the Beast, "He was promoting a racist ‘birther’ dog-whistle strategy long before Trump found it.”

According to Clift, "Penn has long been considered a 'malign' force by Democrats, as one put it to me in an email, part of the cast of characters like pollster Dick Morris who had sway over the Clintons in the 1990s. Together with Morris, Penn gained notoriety for 'triangulation,' steering Bill Clinton away from House Democrats and closer to the Republicans who won control of Congress two years into his presidency."

"Democrats theorize that Penn was angry about that, but his exile from Hillaryland put a mark on him. He ended up accepting an offer from Fox News, appearing regularly to opine about how Democrats were going off the rails, and to suggest Hillary might be readying another White House run," she continued before pointing out that former Obama strategist David Axelrod tweeted, “All that bootlicking on Fox News finally paid off for Mark Penn. He’s finally a White House insider again.”

According to the columnist, the Daily Beast was able to get a statement from Penn, who wrote in an email: "When the president of either party wants to meet, I think you should meet with them. What is nonpartisanship or bipartisanship about if just meeting with the president, at his request, is such a lightning rod. I am not working for him or paid by him nor will I be and only discussed publicly available data I talk about on TV and elsewhere. I am a lifelong Democrat and the president’s policies on immigration, abortion, equality and many other issues are far removed from mine."

Nonetheless, another Clinton insider lambasted Penn, telling Clift, "Quite frankly, I was nauseated that he would consent to consult for Trump. Worse that he would actually go to the White House. This man who is not only a Clinton Democrat but who ran Hillary’s campaign. And hasn’t he actually said recently that Hillary might still jump in? Is he playing both sides or is he just coocoo?”