Rep. Slotkin shakes off pro-Trump hecklers after impeachment town hall: 'I'm not going to let them stop me' 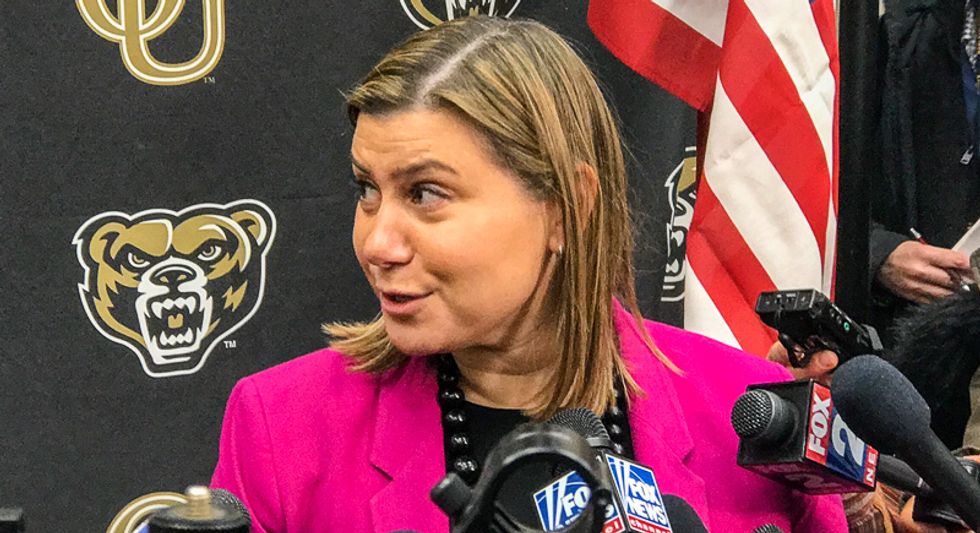 Rep. Elissa Slotkin (D-MI) explained on Monday that she had to stand firm in the face of anti-impeachment protesters because U.S. elections are at stake.

At a town hall-style event Monday morning, Slotkin announced that she would be voting in favor of the impeachment of President Donald Trump.

As she spoke, she was cheered by her supporters and, at the same time, heckled by Trump's supporters.

Slotkin later told reporters that she had to speak out regardless of the hecklers, according to correspondent Mark Cavitt.

“The Senate is unlikely to convict," she said. "The president’s actions required a response and I cannot accept foreigners playing a role in our elections. I had to be iron clad about that.”

“That’s their right," Slotkin said of the protesters. "They have the right to demonstrate. We knew that we would have a crowd. That’s our system. I’m not going to let them (protestors) stop me from communicating with my constituents."

Slotkin doesn’t want people to be shocked or stunned by her decision. “I was not a supporter of impeachment for ma… https://t.co/JWClzznLIe
— Mark Cavitt (@Mark Cavitt) 1576517172.0

“The Senate is unlikely to convict. The President’s actions required a response and I cannot accept foreigners play… https://t.co/Unga3AprmK
— Mark Cavitt (@Mark Cavitt) 1576517368.0