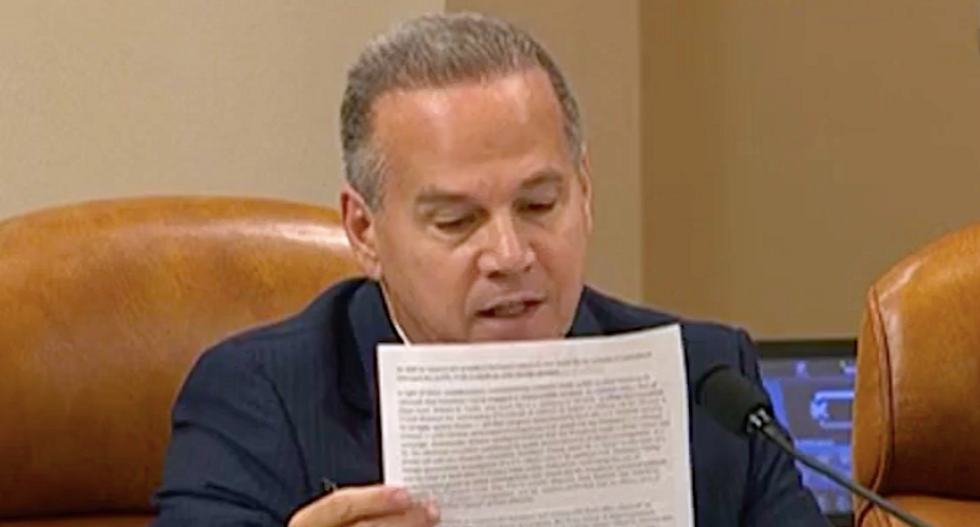 Rep. David Cicilline (D-RI) explained why President Donald Trump should be impeached and removed, instead of voted out of office next year.

Republicans have complained that impeachment would overturn the last election, but the Rhode Island Democrat laid out the case for removing Trump before he faced re-election.

"Impeachment is an especially essential remedy for conduct that corrupts elections," Cicilline said, quoting from an open letter signed by more than 800 legal scholars.

"The primary check on the president is political," he continued. "If a president behaves poorly, voters could punish him or her at the polls. A president who corrupts the election seeks to place himself beyond the reach of this political check."

"Corrupting elections subverts the process by which the process makes the president accountable," Cicilline added. "If the president cheats in his effort at re-election, trusting the democratic process to serve as a check through that election is no remedy at all. This is what impeachment is for."

He said a president does not have to break a law to be impeached, and not all criminal conduct was an impeachable offense.

"A president could deface a post office, a mailbox -- that's a federal crime," Cicilline said. "No one would suggest the president could be impeached for that. The framers are talking about the abuses of the public trust, a violation of the sacred oath to honor the interests of the American people and not advance his own personal political interests."