‘Robotic blacksmithing’: A technology that could revive US manufacturing

Although it may not be obvious, there’s a close link between manufacturing technology and innovation. Elon Musk often talks of the “machines that build the machines” as being the real enabler in both his space and automotive businesses.

Using less-expensive, more scalable processes allows Space X to launch missions on budgets and with speed that would be unthinkable using NASA’s old-school manufacturing methods. And the new Tesla Cybertruck’s unorthodox design appears to take advantage of a simplified manufacturing process that does away with “die stamping” metal in favor of bending and folding metal sheets. 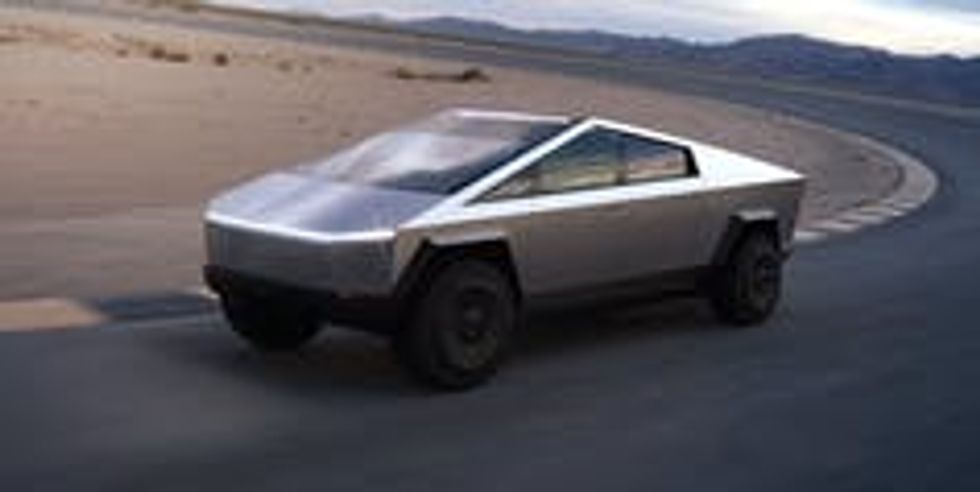 Tesla has invested heavily in manufacturing as a way to build products faster and more efficiently. The design of newly unveiled Cybertruck is driven in part by Tesla’s production plans.

Now a new manufacturing method dubbed “robotic blacksmithing” has the potential to revolutionize the way high-quality structural parts are made, resulting in a new class of customized and optimized products. I am part of a loose coalition of engineers developing this process, a technique I believe can help revive U.S. manufacturing.

Metal parts are used in all kinds of high-performance and safety-critical applications in transportation, mining, construction and power-generation equipment such as turbine engines. Most are made using one of a small number of classical manufacturing processes that haven’t changed much in decades.

Machining cuts away raw material to get a desired shape; casting involves pouring molten metal into a mold; and forming or forging deforms and squeezes metal into new shapes. Casting and forging to shape usually needs custom molds or dies that can take considerable time and expense to design and manufacture, but once running are very productive; parts are inexpensive with highly reproducible properties. This is why nuts and bolts can be cheap and reliable. 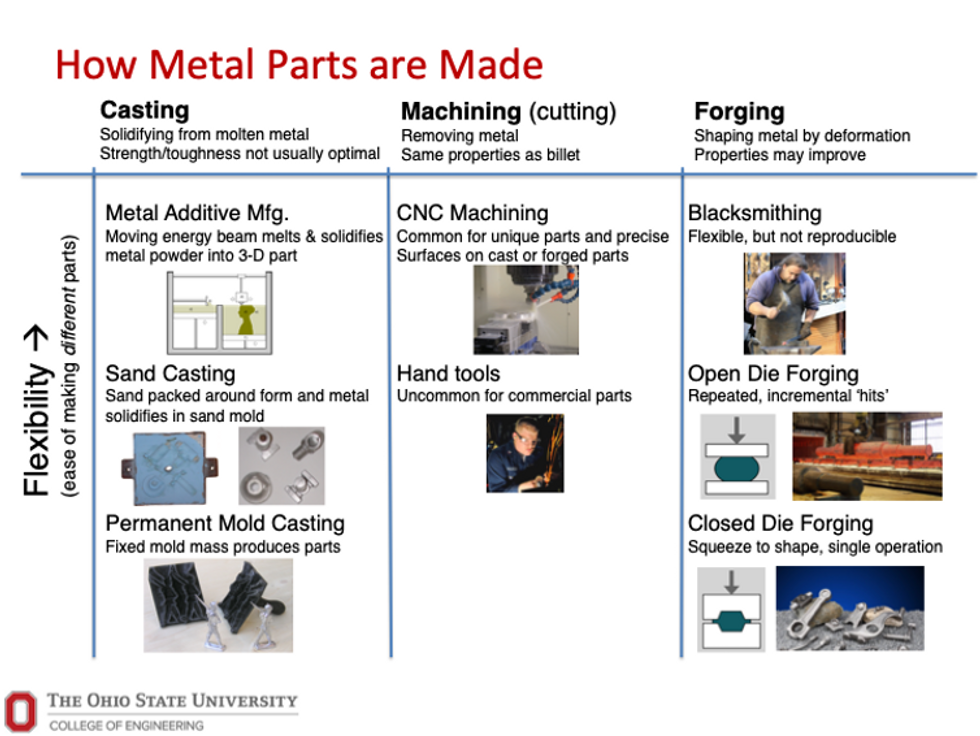 Starting shortly after World War II, digital manufacturing ushered in more agile production, first with computer numeric control machining that cuts components of all kinds of shapes from metal blocks. Producing a different component was as simple as launching a new computer program. One common downside of computer numeric control machining is a low “fly-to-buy” ratio, where a 1,000-pound titanium block might be carved away to produce a 100-pound aerospace component. This is expensive and environmentally wasteful, but no new investment is needed and lead times are short.

Right now, there is also deserved enthusiasm about making such parts by 3D printing, also referred to as additive manufacturing. This process also makes parts from a computer file on demand by building a part one layer at a time. Shapes that are impossible to make by machining can be printed, allowing new shapes that, for instance, have internal passages for cooling or communication.

While these techniques have their advantages, they also have drawbacks. They often don’t produce the highest levels of strength or toughness and these processes are wasteful.

Metal implements made by blacksmiths oftentimes have legendary strength because the working of the metal, like kneading of dough, makes its structure finer, more homogeneous. As the material is shaped, it develops directional strength, much like wood is stronger along the direction of its grain. However, no human blacksmith can deal with parts the size of aircraft landing gear or have the reproducibility and stamina to make the parts needed for our economy.

A proof-of-concept demonstration of a robotic device forming a raw material by closely controlling deformation of the material and position of the machine.

The idea of robotic blacksmithing is to extend the blacksmith’s art with new digital capabilities. Parts are shaped by repeatedly and incrementally forming a piece of metal which is precisely positioned into a press. This powered press or hammer system will interchange tools depending on the shape needed.

By automating the process of shaping a part, but using the basic approach of a blacksmith, a machine can treat larger parts and be more efficient and reproducible than a human ever could.

This new approach has the potential to efficiently and consistently make the structural ‘bones’ inside aircraft, ships, submarines and locomotives. Or the concept could be scaled down to make small individualized medical implants.

Where will technology take hold?

The basic concept for robotic blacksmithing, formally called metamorphic manufacturing, was demonstrated in 2017 when a team of undergraduates from The Ohio State University added hardware and software to a conventional computer numeric control milling machine to adapt it for controlled deformation. The work was in response to a US$25,000 challenge by the government-funded consortium LIFT (Lightweight Innovations for Tomorrow) to demonstrate the key concepts of digitally controlled deformation-based shaping.

But that was just a start. Today, much research and development remains before we have autonomous machines shaping metal into unique safety-critical items.

Fully developing the robot blacksmith requires a synthesis of technologies. The system must be able to know the shape, temperature and condition of the material at each location of the part being formed. Then it must be able to control the temperature to produce the right structure and properties. The press must squeeze the component where needed with robotic control, deforming the part bit by bit. And, a computer must make decisions on how to move and strike the part next in order to optimize shape and properties, often learning from how previous parts were made.

All of these base technologies are progressing rapidly, and there is no reason they cannot be quickly melded together as a useful and practical manufacturing technology, as a recent roadmapping study has shown.

History shows that when diverse groups come together to form a new industry, the birthplace of that innovation (turning the idea into businesses) reaps the long-term benefits. Detroit with automobiles and Silicon Valley with computers are obvious examples but there’s also glass manufacturing in Toledo, polymer engineering in Akron and medical device engineering in Minneapolis. The more recent examples of thriving technical clusters are often outside the U.S., with personal electronics manufacturing centered around Shenzhen, China, and advanced semiconductor devices in Singapore. The early clusters were serendipitous. The later ones are usually the result of deliberate and smart policy decisions.

There are already many examples of great technology that is born in the United States, then manufactured elsewhere. For example, many of the core technologies in smartphones were developed in labs in the U.S. but production is now spread across the world. The next wave of innovation will likely be located where skills are deep due from staffing and improving current factories. Robotic blacksmithing provides an opportunity for the United States to be the leader if it wants to. The core in keeping this virtuous cycle going in any location is in developing the factories, or the machines that build the machines.