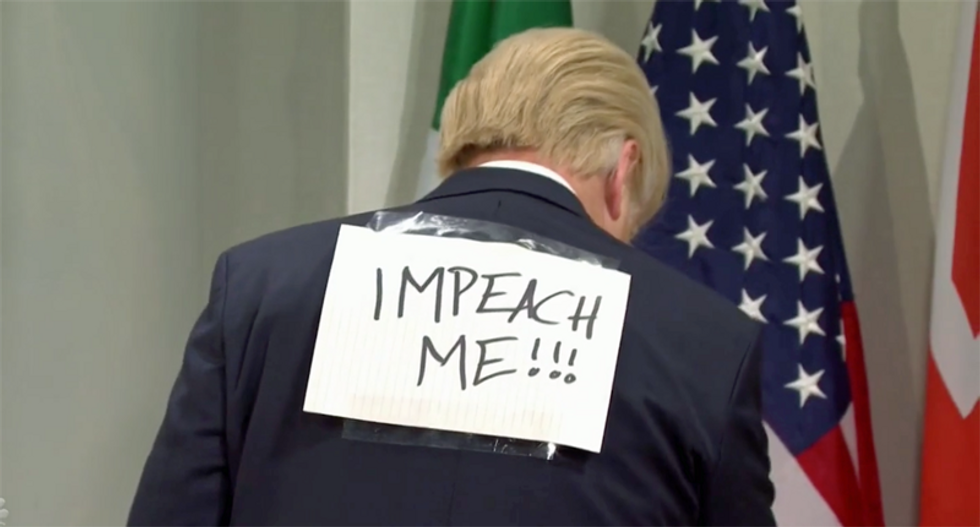 NBC's "Saturday Night Live" on Saturday ridiculed President Donald Trump after he was laughed at by world leaders during a NATO Summit in London.

Trump asked to sit at their table, but they suggested he sit with Latvia.

They said the seat was for German Chancellor Angela Merkel, who was then invited to join the cool kids table.

The skit included Johnson taping an "impeach me" sign to Trump's back.