Something is killing galaxies -- and scientists are on the case 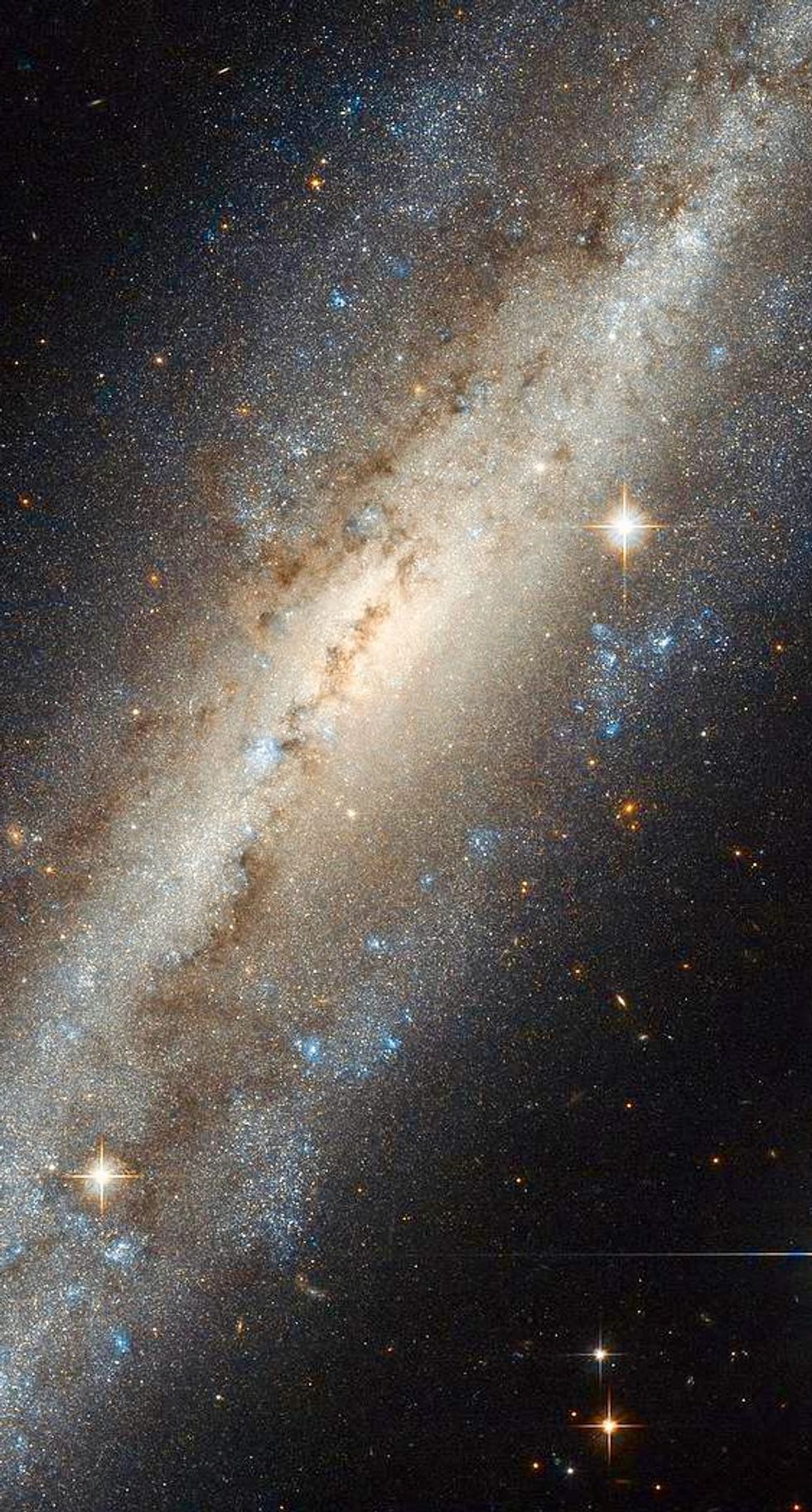 In the most extreme regions of the universe, galaxies are being killed. Their star formation is being shut down and astronomers want to know why.

The first ever Canadian-led large project on one of the world’s leading telescopes is hoping to do just that. The new program, called the Virgo Environment Traced in Carbon Monoxide survey (VERTICO), is investigating, in brilliant detail, how galaxies are killed by their environment.

As VERTICO’s principal investigator, I lead a team of 30 experts that are using the Atacama Large Millimeter Array (ALMA) to map the molecular hydrogen gas, the fuel from which new stars are made, at high resolution across 51 galaxies in our nearest galaxy cluster, called the Virgo Cluster.

Commissioned in 2013 at a cost of US$1.4 billion, ALMA is an array of connected radio dishes at an altitude of 5,000 metres in the Atacama Desert of northern Chile. It is an international partnership between Europe, the United States, Canada, Japan, South Korea, Taiwan and Chile. The largest ground-based astronomical project in existence, ALMA is the most advanced millimetre wavelength telescope ever built and ideal for studying the clouds of dense cold gas from which new stars form, which cannot be seen using visible light.

Large ALMA research programs such as VERTICO are designed to address strategic scientific issues that will lead to a major advance or breakthrough in the field.

Where galaxies live in the universe and how they interact with their surroundings (the intergalactic medium that surrounds them) and each other are major influences on their ability to form stars. But precisely how this so-called environment dictates the life and death of galaxies remains a mystery.

Galaxy clusters are the most massive and most extreme environments in the universe, containing many hundreds or even thousands of galaxies. Where you have mass, you also have gravity and the huge gravitational forces present in clusters accelerates galaxies to great speeds, often thousands of kilometres-per-second, and superheats the plasma in between galaxies to temperatures so high that it glows with X-ray light.

In the dense, inhospitable interiors of these clusters, galaxies interact strongly with their surroundings and with each other. It is these interactions that can kill off — or quench — their star formation.

Understanding which quenching mechanisms shut off star formation and how they do it is main the focus of the VERTICO collaboration’s research.

The life cycle of galaxies

As galaxies fall through clusters, the intergalactic plasma can rapidly remove their gas in a violent process called ram pressure stripping. When you remove the fuel for star formation, you effectively kill the galaxy, turning it into a dead object in which no new stars are formed.

In addition, the high temperature of clusters can stop hot gas cooling and condensing onto galaxies. In this case, the gas in the galaxy isn’t actively removed by the environment but is consumed as it forms stars. This process leads to a slow, inexorable shut down in star formation known, somewhat morbidly, as starvation or strangulation.

While these processes vary considerably, each leaves a unique, identifiable imprint on the galaxy’s star-forming gas. Piecing these imprints together to form a picture of how clusters drive changes in galaxies is a major focus of the VERTICO collaboration. Building on decades of work to provide insight into how environment drives galaxy evolution, we aim to add a critical new piece of the puzzle.

The Virgo Cluster is an ideal location for such a detailed study of environment. It is our nearest massive galaxy cluster and is in the process of forming, which means that we can get a snapshot of galaxies in different stages of their life cycles. This allows us to build up a detailed picture of how star formation is shut off in cluster galaxies.

Galaxies in the Virgo cluster have been observed at almost every wavelength in the electromagnetic spectrum (for example, radio, optical and ultra-violet light), but observations of star-forming gas (made at millimetre wavelengths) with the required sensitivity and resolution do not exist yet. As one of the largest galaxy surveys on ALMA to date, VERTICO will provide high resolution maps of molecular hydrogen gas — the raw fuel for star formation — for 51 galaxies.

With ALMA data for this large sample of galaxies, it will be possible to reveal exactly which quenching mechanisms, ram pressure stripping or starvation, are killing galaxies in extreme environments and how.

By mapping the star-forming gas in galaxies that are the smoking gun examples of environment-driven quenching, VERTICO will advance our current understanding of how galaxies evolve in the densest regions of the Universe.