Trump aides living in fear president will blow up their impeachment strategy: report 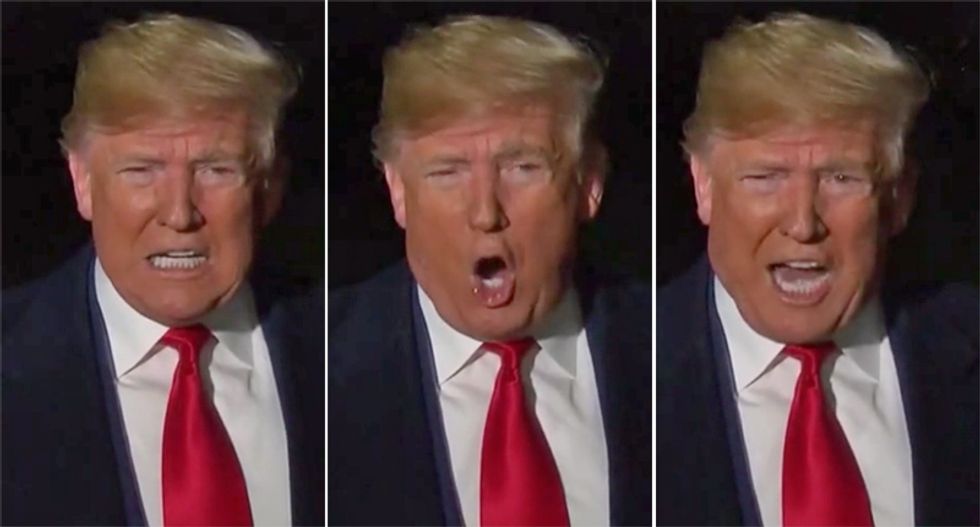 President Donald Trump's aides are looking at the Senate impeachment trial as an opportunity to show they can work together and not get torn apart by infighting and power struggles.

White House officials have settled into specific roles as the House wraps up its impeachment inquiry, and White House counsel Pat Cipollone will lead the president's defense in a Senate trial Republicans hope to make as quick and drama-free as possible, reported Politico.

“The White House counsel is playing the lead role because of the nature of all of it and the two articles of impeachment,” said someone familiar with White House strategy. “It only makes sense because he needs to defend the institution of the presidency.”

The House of Representatives could vote on the two articles of impeachment as soon as Wednesday, and the constitutional process is consuming all of the White House's attention.

“At this point, the House process is what it is,” said one senior administration official. “We’ve answered all of the House letters. The Senate trial has definitely become the focus.”

Trump has been telling allies and friends that he wants a dramatic Senate trial with high-profile attorneys and testimony from Hunter Biden, but Senate Majority Leader Mitch McConnell has been urging the president to settle on a short trial that Republicans can control.

“Look, it is the U.S. Senate," said one Republican close to the White House. "It will never be that flashy."

Cipollone has made several trips to Capitol Hill recently to meet with McConnell and other GOP senators to draw up an impeachment strategy, and White House director of legislative affairs Eric Ueland -- a Senate aide during Bill Clinton's impeachment -- has been helping those efforts.

But all of them realize their plans could be blown up any minute by Trump's tweets.

“Everyone has resigned themselves to the idea that the president is always running everything,” said one former senior administration official.