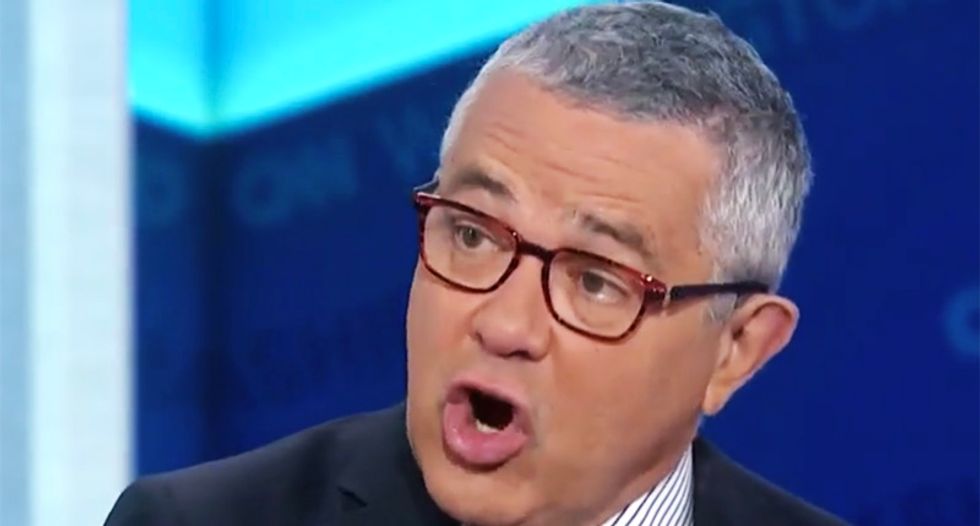 CNN's Jeffrey Toobin on Tuesday found himself astonished at the efforts of President Donald Trump and his allies to blatantly lie about the contents of Inspector General Michael Horowitz's report on the origins of the FBI's investigation into the Trump campaign's contacts with Russian agents during the 2016 campaign.

Even though the report found that the investigation into the Trump campaign was justified and not tainted by political bias, Trump allies have claimed that it vindicates his fevered conspiracy theories about a "deep state" that worked to undermine his presidency.

"There has been this tremendous lying operation, even by the standards of the Trump administration," Toobin said. "It did say that certain lower level FBI employees behaved improperly, and in a seriously bad way, but at the core accusation that the FBI targeted the Trump campaign, spied on the Trump campaign, is just a complete repudiation in this report. And, you know, to pretend otherwise is just a disgrace."

CNN's David Gregory expressed a similar sentiment about the dishonest way Trump and his allies have portrayed the FBI's actions.

"It's shocking the level of deceit that's going on about what actually happened," he said. "But there are people in this government who believe in institutional integrity and [FBI Director] Christopher Wray is one of them who is not going to allow the FBI to be battered despite mistakes they've made."