Trump and Giuliani had ties to mobsters portrayed in 'The Irishman' 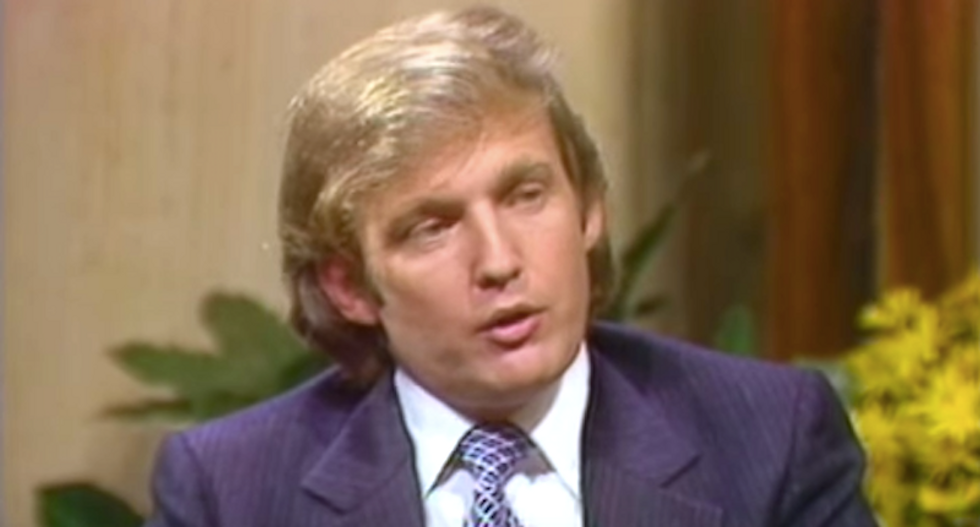 Both President Donald Trump and his attorney Rudy Giuliani have ties to the mobsters depicted in Martin Scorsese’s new film, "The Irishman."

The film is based on the 2003 book I Heard You Paint Houses: Frank “The Irishman” Sheeran & Closing the Case on Jimmy Hoffa, by Charles Brandt, who paints a portrait of corrupt union bosses and hitmen who had business ties to Trump decades ago, reported Rolling Stone.

"Back in the 1980s and 1990s, Trump’s buildings and his casinos attracted underworld figures like 'Fat Tony' Salerno, the Fedora-wearing, cigar-chomping boss of the Genovese crime family," wrote Seth Hettena for the magazine. "Salerno, who’s portrayed in the film by Domenick Lombardozzi, supplied the fast-drying concrete that built Trump Tower and other Trump properties. Salerno also controlled the local concrete workers union, and when a strike shut down construction in Manhattan in 1982, the one of the few buildings that wasn’t affected was Trump Tower."

The future president reportedly met with Salerno in 1983, after Trump Tower opened, at the invitation of his mentor Roy Cohn, although Trump later swore under oath the meeting never took place and insisted he wasn't aware his attorney also represented the mob boss.

Giuliani, who was New York's top federal prosecutor back in those days, was obsessed with nailing Salerno, whose defense attorney complained the future mayor had "made it his personal mission to bury my client.″

He eventually got an indictment against Salerno in 1986 on charges that included rigging construction bids, and the Trump Plaza apartment building is mentioned in the 29-count indictment as part of a scheme to steer concrete work to the mobster's company.

"It just so happens that while these bids were being rigged, the building was under construction, right around the time that Trump met Salerno in Cohn’s townhouse," Hettena wrote. "Even so, the indictment makes it clear that the bid-rigging occurred without the knowledge of developers."

The FBI uncovered that scheme through surveillance of mobsters' homes and hangouts, including the Palma Boys Social Club depicted in Scorsese's film, and Giuliani himself listened to hours of the conversations.

Testa's son sold Trump a prime piece of land that became casino parking lot, and Testa's successor after his 1981 murder was Nicodemus “Little Nicky” Scarfo, whose associates tried to lease Trump land for his Atlantic City casino until regulators scuttled the deal.

One more episode from the book, but didn't make the movie, involves Joe Biden -- the former vice president and current political rival -- and Sheeran, who was president of a Teamsters union in Delaware.

"In 1972, shortly before Election Day, a prominent lawyer who was very big in the Democratic Party came to see (Sheeran)," Hettena recounted.

The lawyer wanted to stop a series of ads from running in a local newspaper every day in the last week before the election, so Sheeran set up a picket line outside the newspaper because he knew union drivers who delivered the paper wouldn't cross it.

"So the ads were never delivered, and on Election Day, Delaware had a new senator: a young man named Joe Biden," Hettena wrote. "After that, Sheeran said Biden’s door was always open. 'You could reach out for him, and he would listen,' he wrote (in the book).