Trump either didn’t read the Christianity Today op-ed or he couldn’t understand it: conservative Peter Wehner 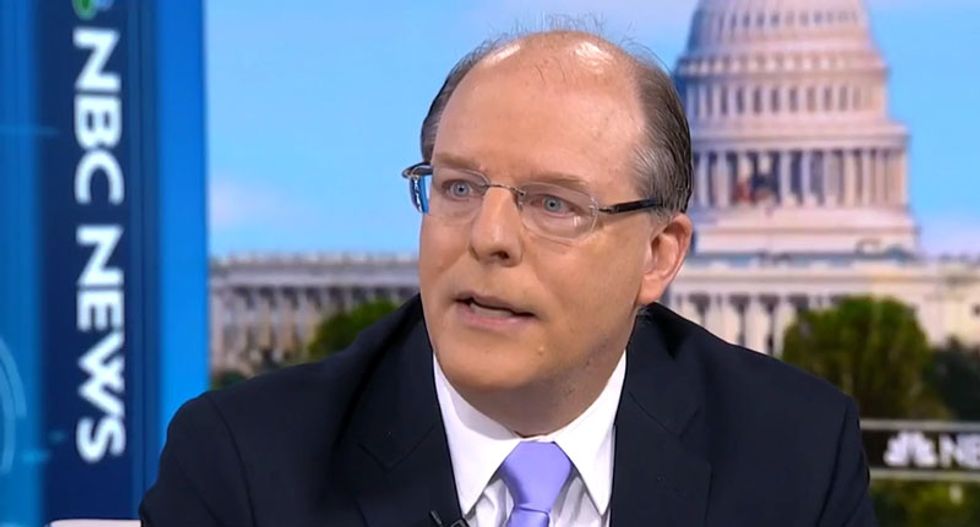 Ever since the evangelical community lined up behind President Donald Trump, they've been attacked for their hypocrisy of supporting someone who is antithetical to the core of Christianity. It's perhaps for that reason Christianity Today issued a scathing editorial supporting the impeachment of the president. Trump responded to the editorial by lashing out at the publication.

In an interview with MSNBC, conservative Peter Wehner said that that the president's tweets make it clear he either didn't really read it or couldn't understand the point of it.

He explained that Trump's response reveals how much the editorial "stung."

"It shows that the argument and the words actually hit the mark," said Wehner. "In terms of the Trump argument, I mean, he didn't read the editorial, or if he did, he wasn't able to understand it or process it. The editorial acknowledges that this is a complicated choice if you're a conservative Christian on the policy grounds. But the core of the argument, and what I think is absolutely correct, is how the evangelical movement or large parts of it have discredited themselves by their full-scale embrace when it comes to Trump."

He also pointed to the close of the editorial, which warns Evangelical Christians that they are running the risk of becoming irrelevant as they slowly continue to lose their trust from the American people.

"There's a very important point at the end, which is the hypocrisy of this movement, which is transparent to everybody," he continued.

"If we don’t reverse course now, will anyone take anything we say about justice and righteousness with any seriousness for decades to come?" the editorial says.

"It means that when issues of justice come up again, this evangelical movement will essentially have dealt themselves out of the game because people will look at them and say this was all about power," Wehner said. "You used morality and justice as issues when it helped a Republican."

He also said that the argument Evangelical Christians have used, that Trump’s judges outweigh his moral failings is a "bad argument."

"That's not really what's going on," he said. "What's going on is the white evangelical movement, at least the prominent figures in there, haven't spoken truth to power and said, 'This is a tough judgment.' What they've done is they've been his sword and his shield. They will not call him out on any ground. That's what I think is so corrupting and what's so discrediting."

Rev. Billy Graham was one of the founders of Christianity Today, and his son, Franklin Grahm, responded to the piece by claiming his late father voted for Trump.

The Millennial Generation, who came of age during former President Geroge W. Bush's evangelical crusade against LGBTQ equality, have been leaving religion more as they come of age, according to surveys and trends. One-third of young people said that they left religion because they were frustrated with the hypocrisy in the Church.