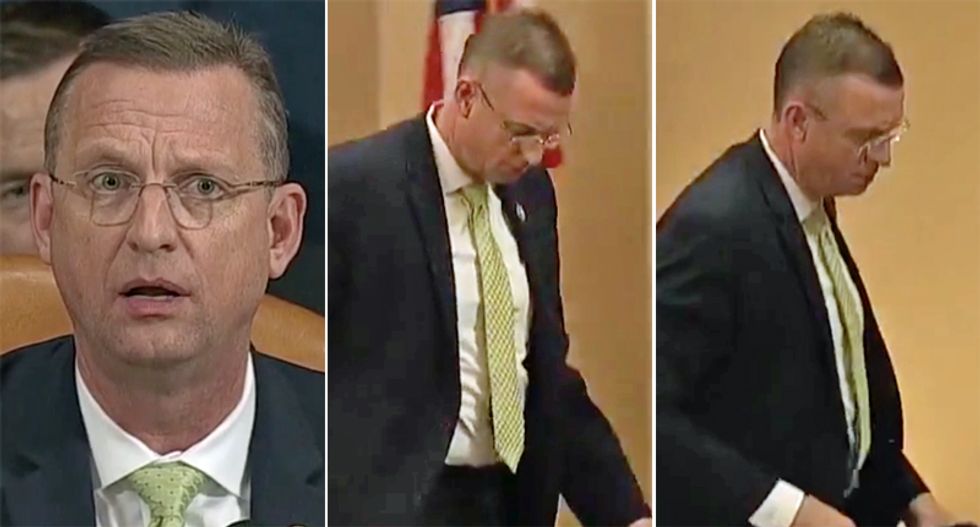 The top Republican on the House Judiciary Committee stormed out of the impeachment hearing on Thursday after an angry rant.

Rep. Doug Collins (R-GA) complained about Democrats arguing lives were lost in Ukraine because of Trump stopping military aid in the middle of their hot war with Russia.

Collins argued Democrats were "besmirching the dead" by entering news reports on the topic into the official record.

He then stormed out of the hearing.