It seems like everyone’s talking about bribery these days – but I, and anyone else who works for the federal government, have to limit what we can say about what does or does not constitute an ethical or illegal lapse.

I am an ethicist who teaches leadership, ethics and law, and I believe a recent bribery case in the U.S. military offers an interesting and distinctive perspective through which to consider these issues. Unfortunately, due to current restrictions on what federal employees can and can’t say about political matters, I can’t discuss all the ways that case might apply to a broader debate.

Nonetheless, there is one thing I can say without caveat or equivocation. Bribery laws for government officials have a powerful ethical principle at their core: If you work for the government, your actions in office are meant to serve the public interest – not your own. 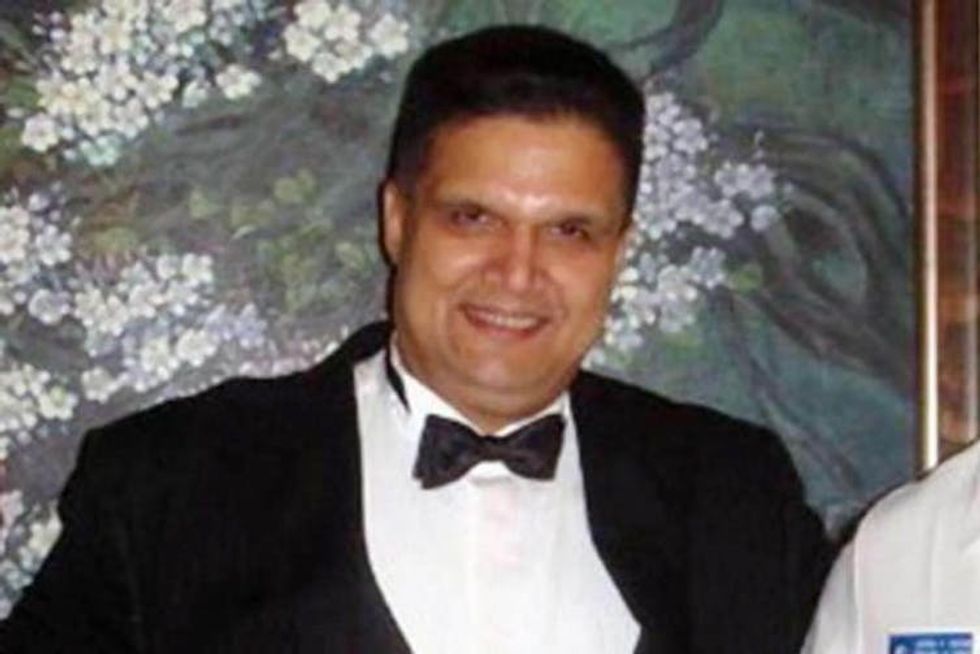 Trouble in the 7th Fleet

The so-called “Fat Leonard scandal” is the largest bribery and corruption case in U.S. Navy history.

The key player is Leonard Glenn Francis, a Malaysian-born businessman based in Singapore who was commonly referred to as “Fat Leonard” because of his 350-pound weight. He ran a company called Glenn Defense Marine Asia that had U.S. government contracts to provide various services to Navy ships in Asian ports – docking, refueling, sewage removal and shore transportation for both cargo and personnel.

In 2015, Francis pleaded guilty to plying Navy officers with cash and favors in exchange for their efforts to steer the Navy’s Pacific fleet to ports where his company could provide services. Then, the company would fabricate bids by nonexistent companies to make its own charges look competitive, overbill the Navy for services and even draw up fake invoices to collect money for goods and services it never provided to the ships and crews.

The case is perhaps best known for the fact that one of the most common favors Francis provided were paid sexual partners: He even kept meticulous notes about the peccadilloes of different officers.

More significant for U.S. taxpayers is the fact that the decade-long scam ultimately bilked the Navy out of more than US$35 million. 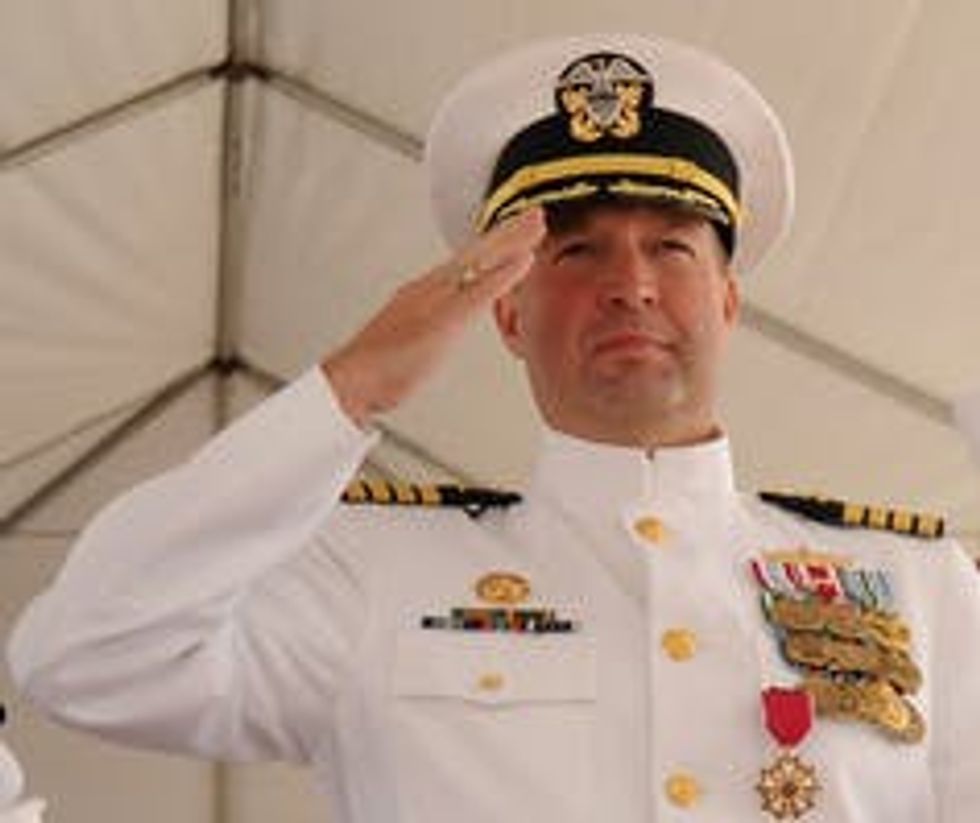 Capt. John Steinberger is one of many high-ranking Navy officers who has pleaded guilty to crimes associated with receiving gifts and bribes from a Singapore-based businessman. 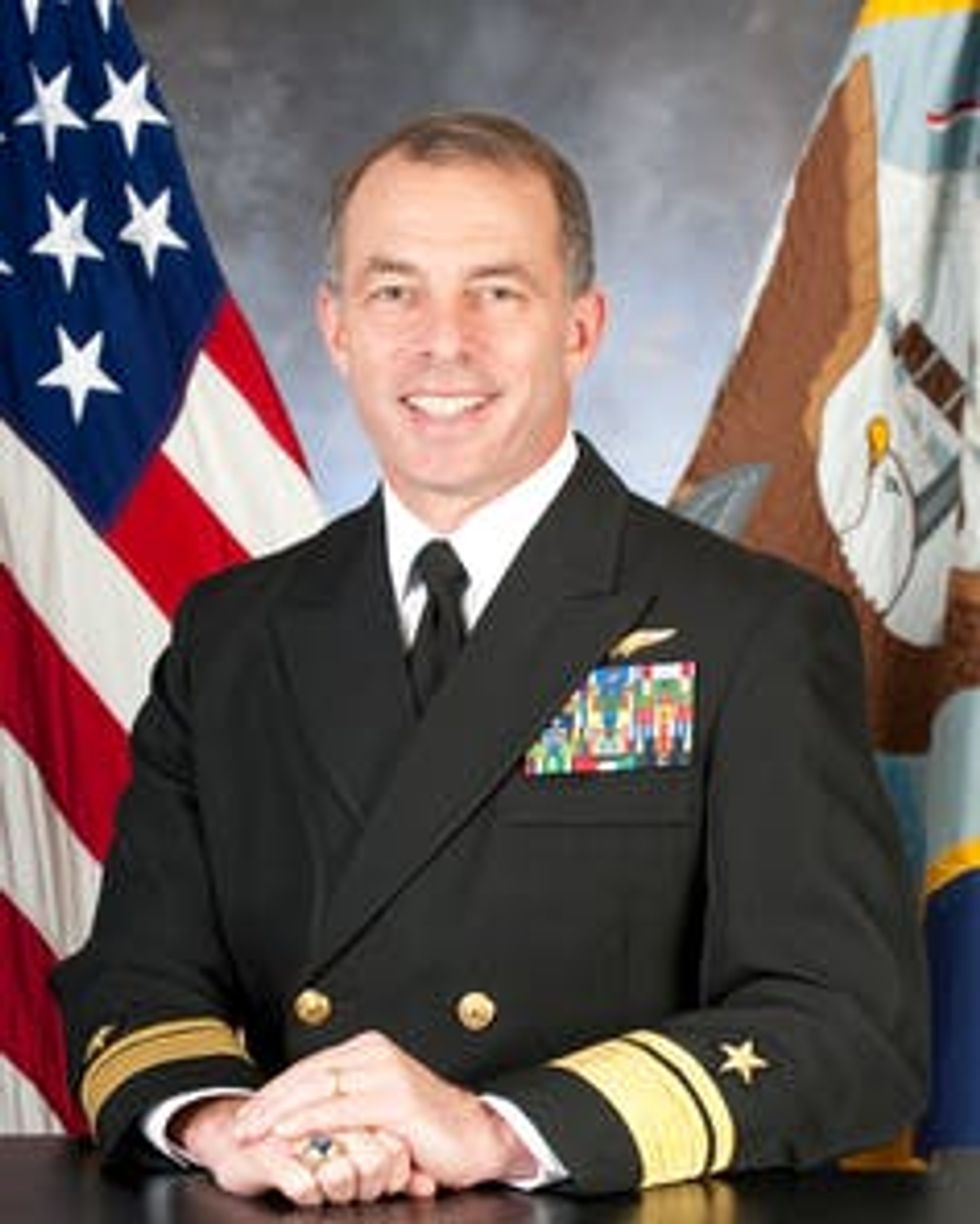 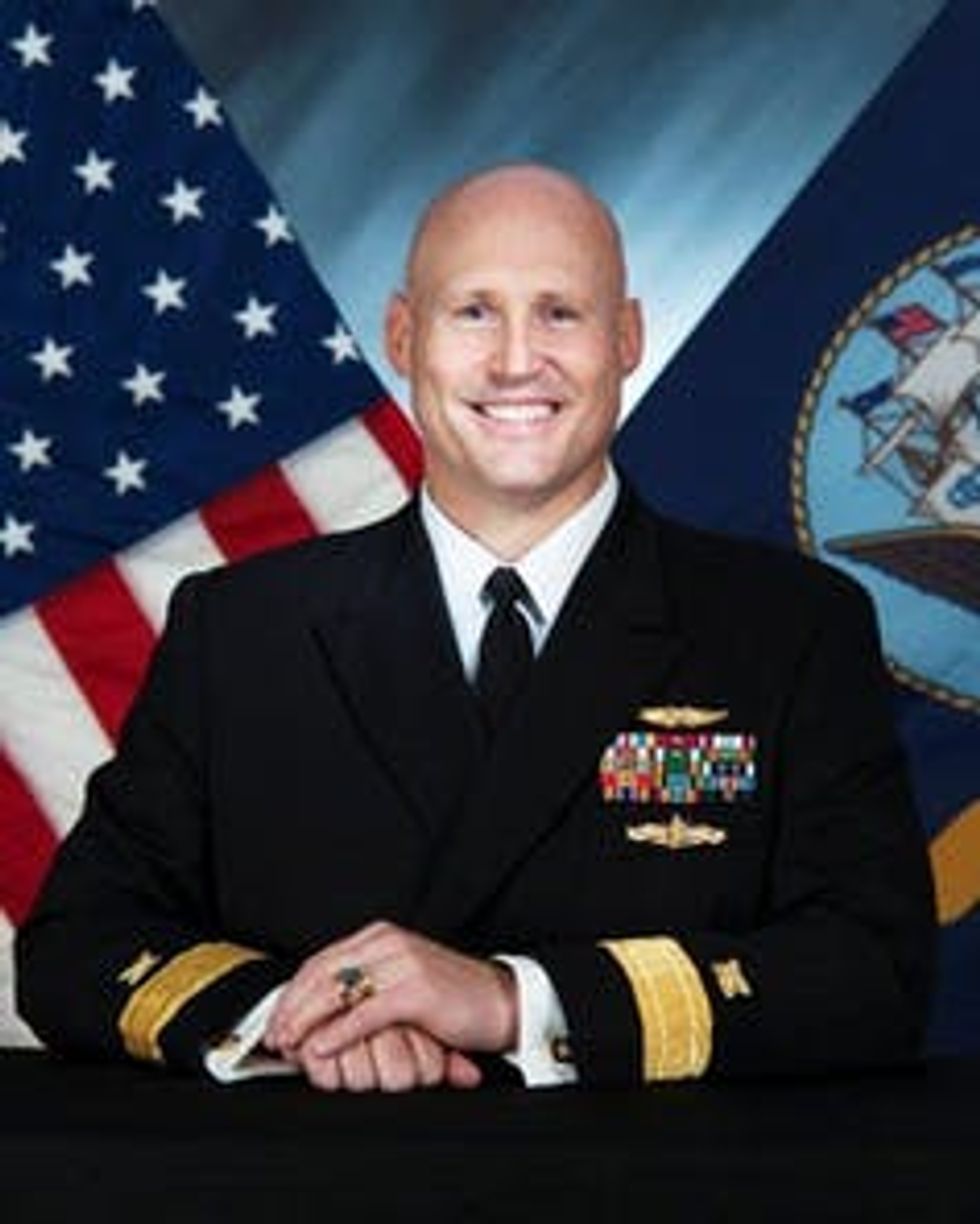 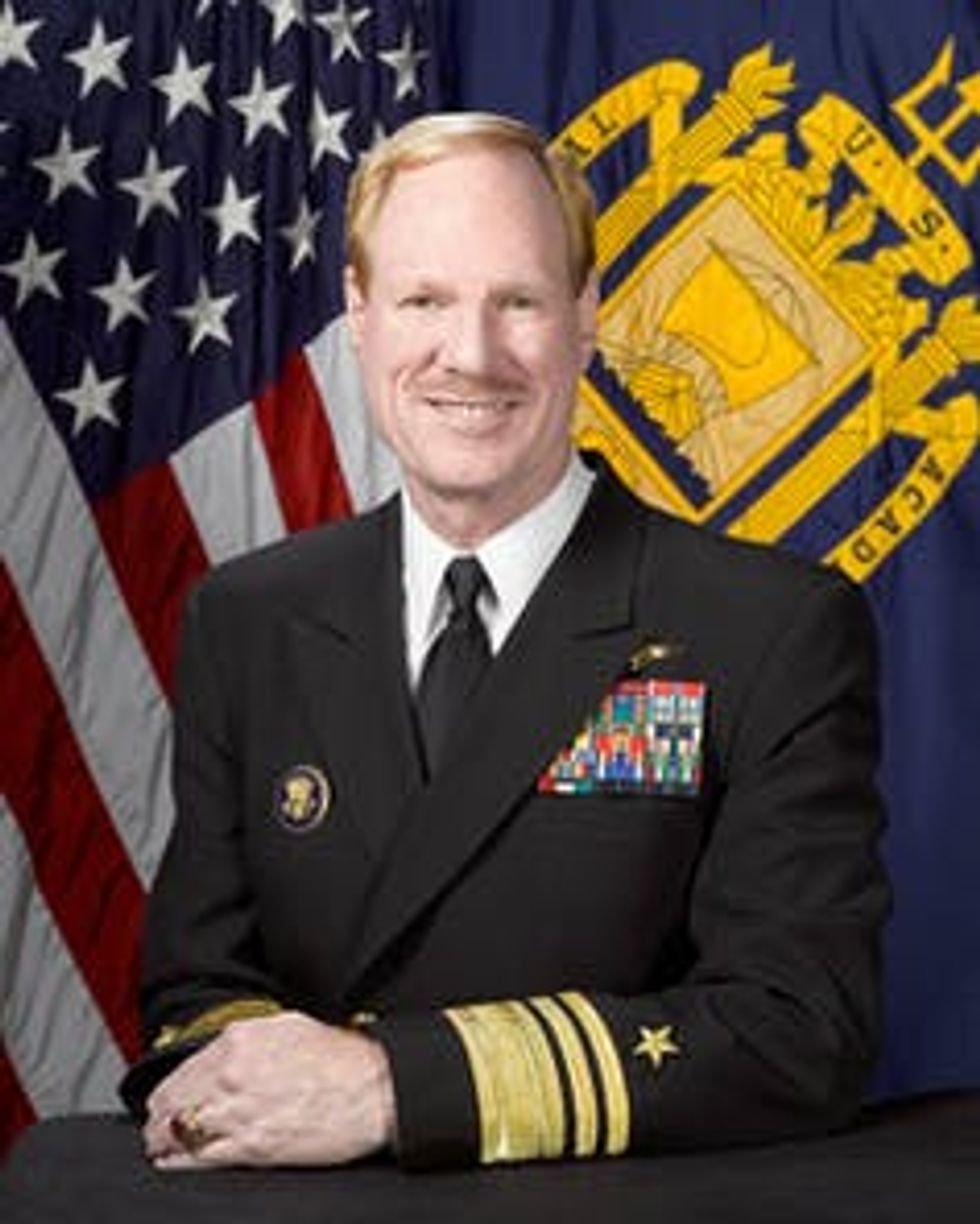 In some ways the Fat Leonard scandal is a textbook bribery scheme, with clandestine meetings, envelopes full of cash, and explicit arrangements to perform clearly illegal acts. In fact, one of the biggest questions raised when Leonard was finally arrested in 2013 was how his company had been able to get away with the scheme for almost a decade.

There were, in fact, several whistleblowers along the way, but as is often the case when corruption is widespread, those in on the scheme were notified of the complaints before word got to those who would hold them responsible. So rather than being lauded, whistleblowers were instead widely vilified.

Nonetheless, the truth was eventually brought to light. To date, more than 20 people have pleaded guilty to federal crimes, including the first-ever conviction of an admiral for a felony.

Significantly, however, the scope of the scandal is even more far-reaching. Dozens of officers, including several admirals, have been reprimanded and removed from office for more minor related violations, without going to jail.

These last cases are particularly interesting, because they help demonstrate not only the high standards of military, but also the ways that bribery schemes often don’t conform to common, stereotypical, preconceived notions.

Many of the officers charged didn’t accept cash payments, but rather the kind of favors that they couldn’t or wouldn’t be able to obtain for themselves: travel, champagne, scotch, luxury hotel rooms, ornamental swords, handmade ship models, spa treatments, Cuban cigars, Kobe beef, Spanish suckling pigs, concert tickets and even a culinary internship.

Ultimately, it shouldn’t be surprising that bribery often begins with small favors rather than thick envelopes of cash. Human beings are social creatures; favors strengthen people’s social bonds and make them more likely to reciprocate in turn.

That’s why federal ethics rules regarding favors are generally so strict, prohibiting government employees from accepting all but the most minimal gifts (even modest meals) from contractors and foreign agents.

Those prohibitions have obvious exceptions, but the principle behind the general rules is all the more important in their exceptions: Official actions are meant to serve public, rather than private, interests. In the Fat Leonard cases, the evidence is clear: Even in the cases in which leaders have been merely reprimanded and removed from office, the kinds of favors the officers accepted demonstrate they were acting for their own benefits – not those of the nation.

Why I can’t say more

There may well be lessons the Fat Leonard saga has for other cases in which the alleged exchange of official acts for something of personal value is a key element of the crime. Those considerations might seem even more relevant given that in 1998, Mississippi Republican lawmaker Roger Wicker took to the House floor and declared “the rule of law means that the commander-in-chief of our armed forces could not be held to a lower standard than are his subordinates.” More than two decades later Wicker, now a senator, has recently reaffirmed that standard.

However, I am a federal employee, and the U.S. Office of Special Counsel has issued unusually broad guidance about the Hatch Act’s limits on federal workers’ partisan political activities. The law generally bars federal employees from advocating in favor of or against the election of a particular candidate, as well from participating in other partisan political activities in an election. Yet the current guidance – which itself has been criticized for taking sides on a political divide – has been taken by some to apply to any analysis of any aspects of the president’s impeachment and trial.

This is a free-speech problem, but it’s more than that. When federal and state governments hire experts and researchers as, in effect, public servants, I believe that expertise should be welcome in the public sphere, helping to inform the people we work for.

I work at a federally run university, which is why I come under these particular government rules. There are relatively few institutions like mine, so it might seem a minor issue. However, numerous states have laws similar to the Hatch Act, at least some of which apply to employees of those states’ public universities. If the current federal rules stand, public state university employees may well find themselves facing similar, or even more problematic, limits in the future, especially if analysis is taken to be a form of advocacy.

Regardless of those concerns, the Office of Special Counsel’s current guidance remains, for better or worse, the rule for federal employees. Given that fact, there very may well be another reason to follow it: Doing so can help further differentiate those who attempt to respect the significant distinction between campaigning and governing from those who seek to minimize, or even eliminate altogether, the difference between the two.

As a result, I leave any lessons of how the Fat Leonard scandal might apply to any other case as an exercise for the reader.