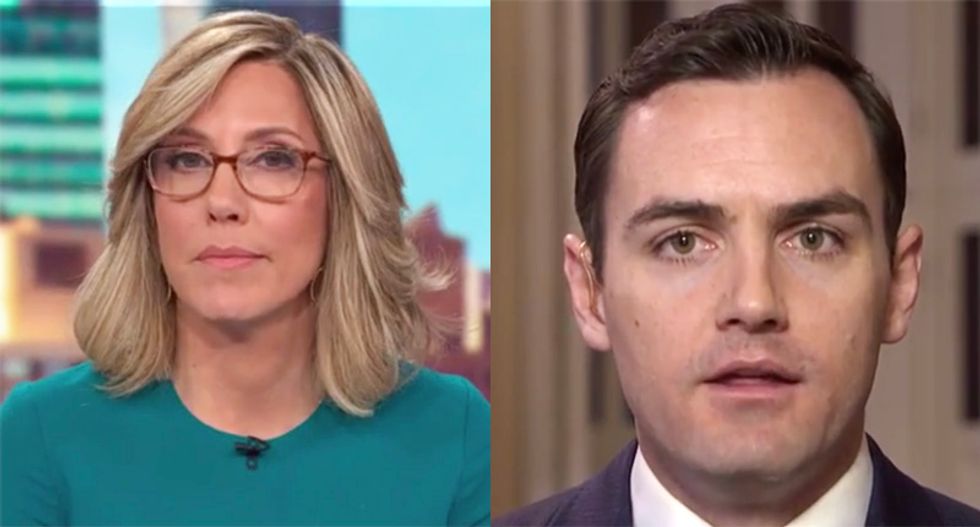 A Republican lawmaker who fully supports Donald Trump's decision to assassinate Iranian military leader Qassim Suleimani was repeatedly put on the spot by CNN's Alisyn Camerota who kept pointing out to him that the killing has united citizens of the Middle Eastern country.

Sitting down with the "New Day" host, Rep. Mike Gallagher (R-WI) insisted that the killing was a good thing and attempted to dismiss the estimated million mourners who took to the streets in Tehran afterward.

Stating that "The primary victims of the brutality, the recklessness, the sheer incompetence of the Iranian regime are the Iranian people themselves," Gallagher added, "I hope we'll seize the opportunity to drive a wedge between the Iranian people and their regime -- people who have been in the streets for the better part of the last two years protesting their regime's support for terrorism."

"Are you surprised that Suleimani's death seems to have united the people?" host Camerota asked. "We saw something like a million people turn out on the street there to commemorate him."

"Well, I would dispute the premise that it's united the people, certainly not on the streets of Iraq" Gallagher parried. "You'd have to only believe Iranian state reporting to think that's true. For the 73rd day in a row, Iraqis have come to the streets of Iraq to protest Iranian influence in that country."

"I spent a good deal of my adult life in the Middle East and the picture is a bit more complicated than that which Iranian state media would suggest," he added.

"I hear you," the CNN host persisted. "But we have seen with our own eyes the crowds, the crowd size that did turn out for Suleimani's funeral. Did that surprise you?"

"Well, in one of the enduring ironies of life we now have the Iranian supreme leader talking about crowd sizes in his own country," he shot back. "No doubt the hard-liners in Iran will be angered by the death of Suleimani because he was simply irreplaceable."

"Are you saying you don't believe the video of the million people who turned out?" Camerota insisted.

"I have no doubt there are many in Iran who are wailing at the death of Suleimani and there are certainly many who support the supreme leader's vision and exporting terrorists and the revolution across the Middle East," he replied. "I'm saying there are an even greater number of people in the region who oppose that vision."