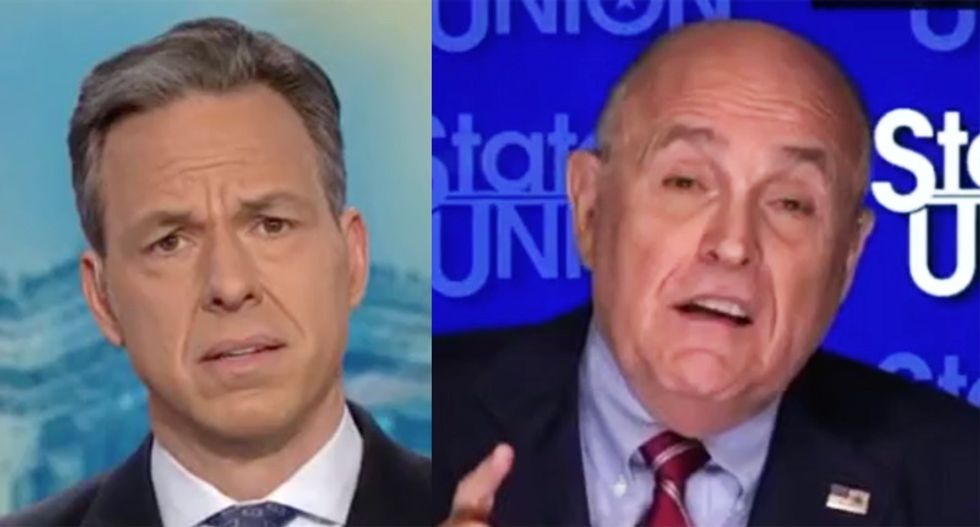 On Monday, while the impeachment trial of President Donald Trump dragged on, Trump's personal attorney Rudy Giuliani took to Twitter to assert that he never, in fact, was looking for "dirt" on former Vice President Joe Biden and his family:

But as CNN host Jake Tapper pointed out, there is a problem with Giuliani's denial. On Tapper's own network, in an interview with Chris Cuomo, Giuliani admitted that he had done exactly that: