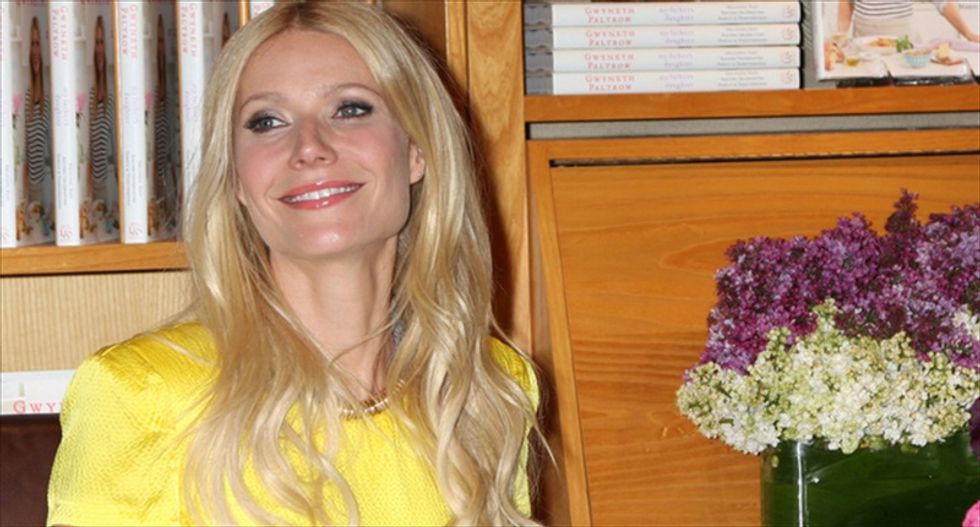 Gwyneth Paltrow At Event For Her Book 'My Father's Daughter,' April 2011. (Photo by Helga Esteb via Shutterstock.com.)

Last week, Netflix dropped the trailer for Gwyneth Paltrow’s new show The Goop Lab. It is a six-episode docuseries launching on Jan. 24 that, according to the trailers, focuses on approaches to wellness that are “out there,” “unregulated” and “dangerous.” (Read: science-free.)

The backlash by health-care professionals and science advocates was immediate and widespread. And for good reason. As noted by my friend, obstetrician and gynecologist Dr. Jen Gunter in Bustle magazine, the trailer is classic Goop: “Some fine information presented alongside unscientific, unproven, potentially harmful therapies….”

We know the spread of this kind of health misinformation can have a significant and detrimental impact on a range of health behaviours and beliefs. This is the age of misinformation and this show seems likely to add to the noise and public confusion about how to live a healthy lifestyle.

But what has been largely overlooked in the initial wave of critiques is the conflict-of-interest issue. The producers of this show — that is, Gwyneth Paltrow and her company Goop — benefit directly from not only the show being popular but also from the legitimization of pseudoscience. This show is, basically, an infomercial for the Goop brand, which is built around science-free products and ideas.

To be fair, I have yet to see a full episode. But given the content of the trailer and Goop’s history of pushing harmful nonsense, there is little reason to be optimistic about the role of science in the series. Regardless, the mere existence of the series will allow Paltrow and Goop to build the brand, which is currently estimated to be worth US$250 million.

The show serves as an opportunity to market the kind of magical thinking and pseudoscience that will help to sell Goop’s products. It would be like Netflix streaming a show called The Coca-Cola Beverage Lab or the The Starbucks Coffee Adventure.

One of the things that attracts people to the alternative health practices pushed by entities like Goop is frustration with the impact of private industry and the profit motive — particularly in the context of the pharmaceutical industry — on the conventional health-care system.

This concern about the impact of industry is understandable. There is a vast literature highlighting industry misbehaviour and the adverse consequences of Big Pharma’s influence on research, clinical practice and clinical guidelines. Awareness of these issues has contributed to a decrease in trust in the medical profession and even to harmful trends like vaccination hesitancy.

For the advocates of alternative approaches to wellness, conventional medicine is often positioned as irrevocably compromised and corrupt. And many have come to believe even extreme versions of this narrative.

A 2014 survey found 37 per cent of Americans believe (and another 31 per cent think it could be true) that the “Food and Drug Administration is deliberately preventing the public from getting natural cures for cancer and other diseases because of pressure from drug companies.” Goop has also enabled these kinds of extreme perspectives.

Alternative medicine is an industry

The implication, of course, is that alternative approaches are somehow untainted or, at least, less tainted by vested interests and are, therefore, the better choice. But this “clean hands” framing is patently false.

First, we need to recognize that alternative medicine is also a huge industry. The worldwide “wellness” market, which is largely composed of unproven and “alternative” modalities, has been estimated to be worth over US$4 trillion.

The sale of herbal medicine and supplements are also multi-billion dollar industries. Given the size of these markets, it would be naive to believe that alternative medicine is somehow missing the twisting profit-motive incentives that have created problems for conventional health care.

Second, the alternative health community is also rife with conflicts and biases. To cite just a few examples, naturopaths profit from the in-office sale of products and have partnered with the vitamin industry to expand the reach of their practice.

In addition, alternative medicine research has been influenced by various systemic biases. And we shouldn’t forget that many of the most commonly used alternative products, most notably supplements and herbal remedies, are often made by the very pharmaceutical industry that alternative wellness devotees are seeking to avoid.

Third, motivated reasoning plays a big role here. When an individual or a company has built a profession or a business model around a particular worldview, this commitment will have an impact on how the relevant evidence is interpreted, used and presented to the public.

If you are a practising homeopath, for instance, it would be tremendously difficult to accept what the evidence says about the remedies you offer. Indeed, accepting the science would mean you would lose your livelihood and professional identity.

More needs to be done to combat the adverse impact that conflicts of interest issues can have on bio-medical research and clinical practice. But we also need to recognize that profound conflicts of interest exist in the alternative health and wellness domain. We should not give those involved with this industry — including Paltrow and Goop — a pass.