'Has Pompeo said anything?' Morning Joe singles out secretary of state for ducking Yovanovitch stalking revelations 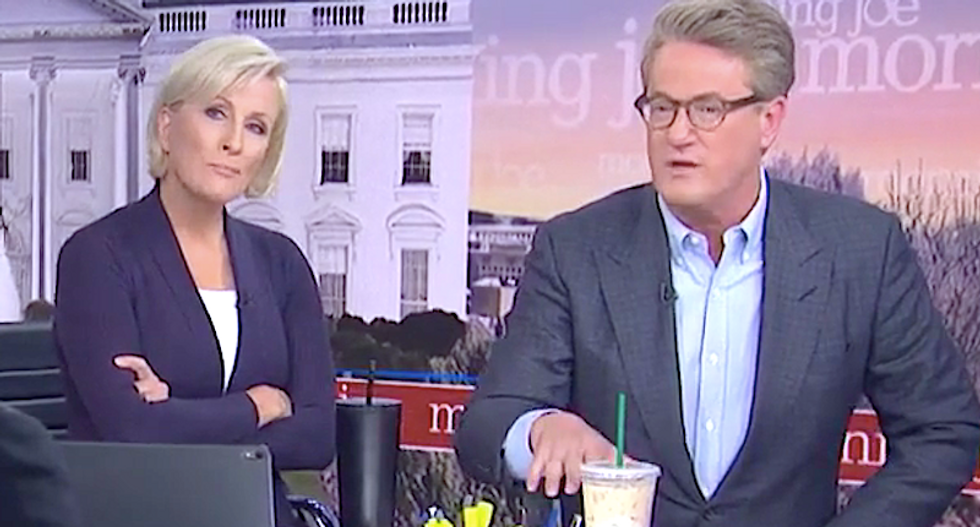 MSNBC's Joe Scarborough called out Secretary of State Mike Pompeo over the latest revelations of a scheme to force out former Ukrainian ambassador Marie Yovanovitch amid a pressure scheme against that country's new government.

Lev Parnas, an indicted associate of President Donald Trump's personal attorney Rudy Giuliani, released notes and other documents showing that he and Republican congressional candidate Robert Hyde were monitoring Yovanovitch and may have discussed harming her.

"These guys are over there, the henchman are over there, Hyde is over there, and an American ambassador is being tailed by somebody that appears to be connected to the president's attorney or at the very least the president's attorney's henchmen," Scarborough said. "I mean, this is what they do in Russia, right? right? Is this what they do in Russia? They follow their people in other countries to make sure they're sufficiently loyal."

The "Morning Joe" host couldn't think of a parallel to their scheme in U.S. history.

"If this has happened in America, before where a president's personal attorney hires henchmen who are now indicted, of course, I'd like a parallel in American history, because there is not one," Scarborough said. "That is important to talk about."

Yovanovitch testified before the House Intelligence Committee that she was warned by a State Department colleague to leave Ukraine immediately because her safety was in danger, and Scarborough said Pompeo must tell the public what he knew about that.

"Has Pompeo said anything about this?" Scarborough said. "Has Pompeo criticized anybody about this, about a U.S. ambassador's safety being at risk and being told to get on a plane and go home because she is not safe? Has Pompeo -- has he spoken out about this incident, as well?"