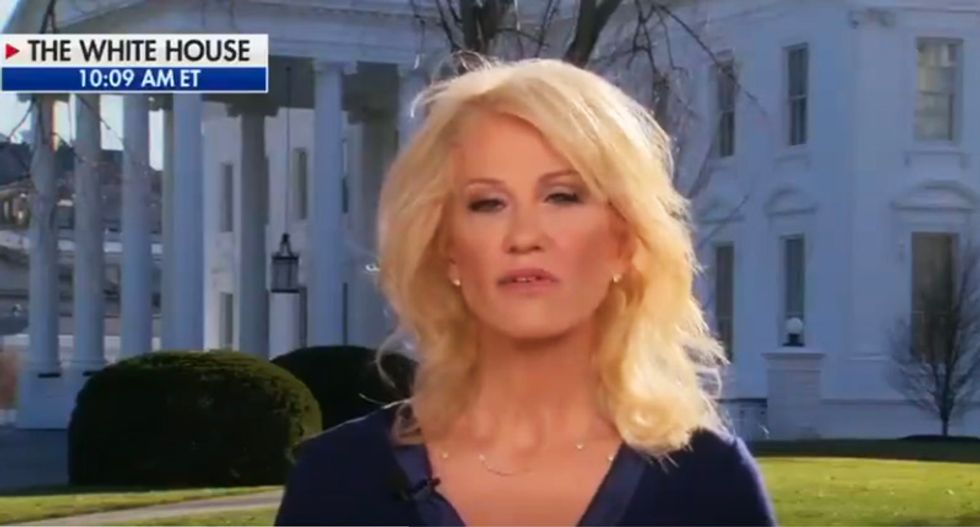 White House adviser Kellyanne Conway's appearance on Fox News on Thursday morning, where she appeared to be unprepared to adequately address accusations made by Lev Parnas in an explosive interview with MSNBC's Rachel Maddow, did not go unnoticed on Twitter, where commenters were stunned by her poor performance.

During the interview, Conway was asked multiple times by Fox host host Bill Hemmer whether Parnas was lying with Hemmer pressing, “I understand what you’re saying, but are you saying flat-out 100% what he alleges is not true? Yes or no?" only to have her complain, "The major networks have spent less than 1 percent on the President’s economy and trade, and most the time on Ukraine.” 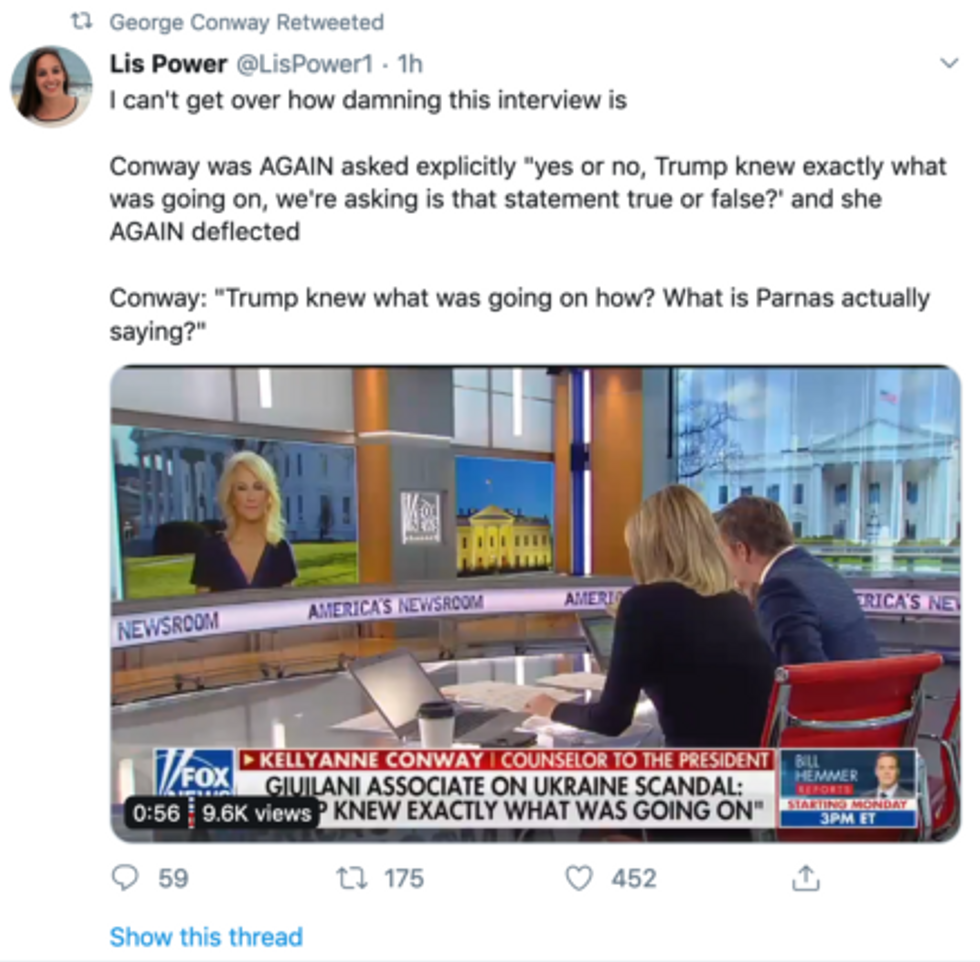 As one Twitter commenter wrote, her responses were "damning."

That was one of the nicer comments about Conway -- who made popular the phrase "alternative facts" received. See below:

I can't get over how damning this interview is Conway was AGAIN asked explicitly "yes or no, Trump knew exactly wh… https://t.co/jwHBAyQYH3
— Lis Power (@Lis Power) 1579188460.0