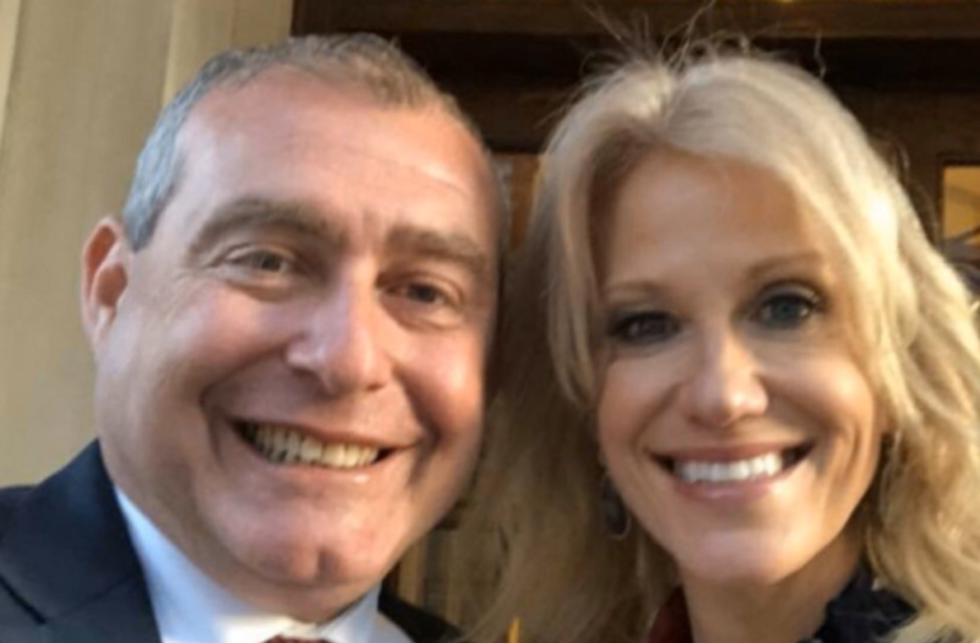 "You are in power," Cuomo told Conway. "You are defending the president against things that are wrong. And you are not dealing with the facts of the circumstance, because you can't. I get it, but I wanted to give you a chance."

Cuomo then challenged Conway to "speak to what Lev Parnas says and what the documents show and what the president shows and the witnesses show."

After the CNN interview aired, Parnas' lawyer, Joseph Bondy, posted a picture to Twitter showing Parnas and Conway posing for a selfie.

"Enjoyed watching @KellyannePolls on @CNN, arguing with @ChrisCuomo about @realDonaldTrump and repeatedly claiming she does not know Lev Parnas," he tweeted sarcastically while sharing the image:

&ref_url=https%3A%2F%2Fwww.newsweek.com%2Fkellyanne-conway-says-does-not-know-lev-parnas-photo-resurfaces-1482584
Report typos and corrections to: corrections@rawstory.com.
Like this article ? Text `Support` to 50123 to donate.
READ COMMENTS - JOIN THE DISCUSSION