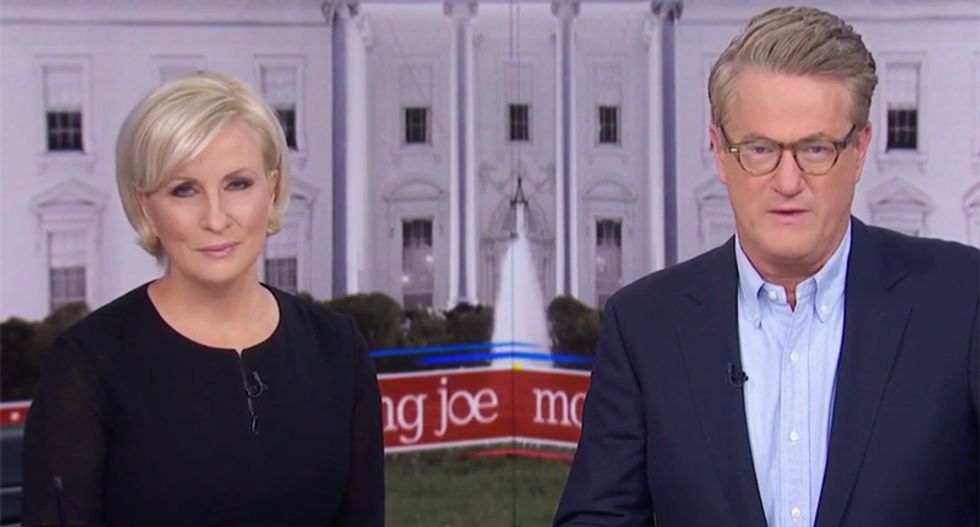 On Thursday morning MSNBC host Joe Scarborough stated that the claims made by Lev Parnas -- an associate of Rudy Giuliani -- made during a Wednesday night interview with fellow MSNBC host Rachel Maddow was a "John Dean moment" that exposed the lies of the entire Donald Trump administration.

"Like, they're all tied up with this guy, and they've all lied about their knowledge of him, and I was saying before, I couldn't think of an interview in some time that could have the impact that this interview, that Rachel had last night with Lev Parnas," he continued. "But I do -- I don't know -- I just go back to Watergate, and if this follows its logical conclusion, which a few things in Washington follow their logical conclusion and the Trump Administration, we may be looking back on this 20 years from now as a John Dean moment. This guy just tore the lid off of impeachment, and called the president and the vice president and the attorney general, the president's attorney, and the Republican congress out as the liars that they are."