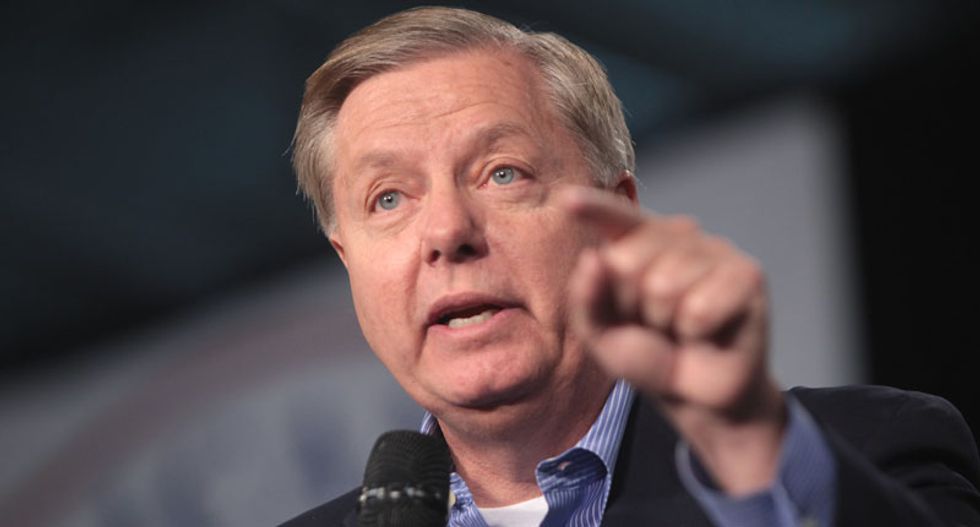 On Thursday, members of the U.S. Senate were sworn in by Chief Justice John Roberts for the impeachment trial of President Donald Trump, pledging under oath to act as impartial jurors and to consider all the evidence fairly.

But barely hours after taking that oath, Sen. Lindsey Graham (R-SC) went on Fox News to trash the whole process, and once again make clear that he had already picked a side.

"[Democrats] turned the trial into a complete circus. You're allowed to do that but not with my vote," said Graham. "I'm going to judge the case on the evidence assembled by the House. I'm not going to expand the record. This Parnas thing, I smell a rat. It is a complete, neverending desire to destroy everything Donald Trump. I took Mueller seriously. I don't take Schiff, Nadler seriously. And I don't take Chuck Schumer seriously when he says he's looking for the truth. He's looking to get back, to be the Majority Leader, nothing more."

Lev Parnas, the indicted business associate of Rudy Giuliani, has implicated Graham in the Ukraine scheme.

The Senator took an oath hours ago and he still has the audacity to appear on Fox News to announce his bias https://t.co/KetEpaceXw
— Acyn Torabi (@Acyn Torabi)1579220880.0