Mike Huckabee complained about mean tweets — and it backfired spectacularly 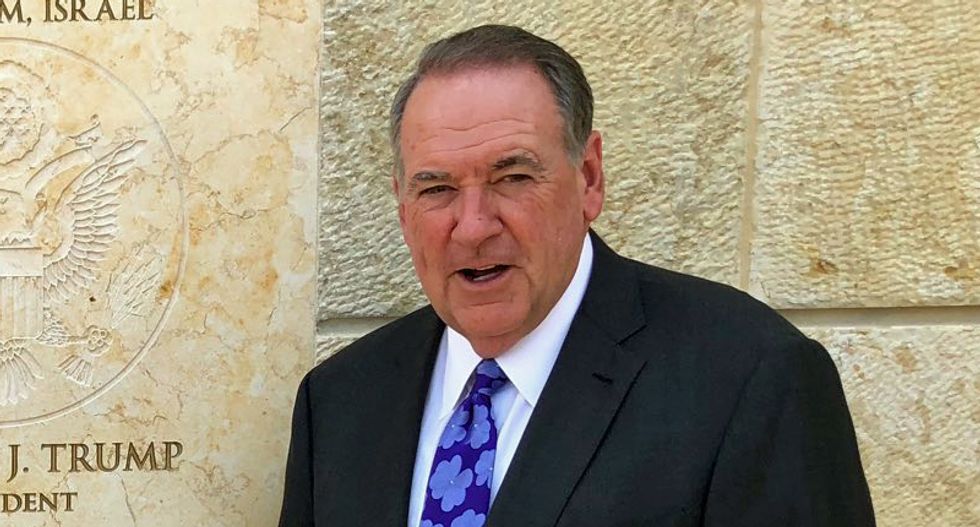 Former Governor Mike Huckabee (R-AR) spent Saturday evening in a television studio for an appearance on Fox News, where he once hosted a show.

How the story was unearthed is a fascinating story, involving a thin-skinned politician, beachfront property in Florida, and one determined attorney.

Daniel Uhlfelder, who posted the picture, is the legal counsel for Florida Beaches for All, a citizens group fighting to protect public access.

This is where Huckabee comes in, as he purchased a beachfront mansion in the Sunshine State, Sun Sentinel columnist Steve Bousquet reported in December.

"He spent some of his Fox dough to build a $7 million beachfront house on the Gulf of Mexico near Destin in the Panhandle at a place called Blue Mountain Beach in Walton County. The three-story home is near Ground Zero of an epic legal fight that threatens the Florida tradition of public beach access," the newspaper noted. "Huckabee’s other favorite hangout is Twitter, where he’s known for awful puns and a steady barrage of criticism against Democrats, such as a racist tweet that went viral last year."

"Ol’ Huck can dish it out, but he can’t take it. When a persistent critic, a lawyer on the public side of the beach access battle, tweeted back with sarcasm and humor, Huckabee tried to silence him by filing a formal complaint with the Florida Bar. The complaint should be tossed out as a sham and an abuse of the system of disciplining lawyers," Bousquet explained.

When the complaint against him was filed, Uhfelder had 400 followers, but quickly grew his followers about 80,000.

This man has filed a bar complaint against me and wants to silence me. If you don’t want him to get away with it se… https://t.co/6IUbsCGjjQ
— Daniel Uhlfelder (@Daniel Uhlfelder)1577845087.0

Sarah Huckabee wants to run for Governor of Arkansas on a platform of her family privatizing beaches in Florida. Al… https://t.co/Wu1fIjEW3I
— Daniel Uhlfelder (@Daniel Uhlfelder)1578178161.0

And he posted pictures.