Mitch McConnell likely has questions for Trump after being 'blindsided' by Bolton revelations: CNN anchor 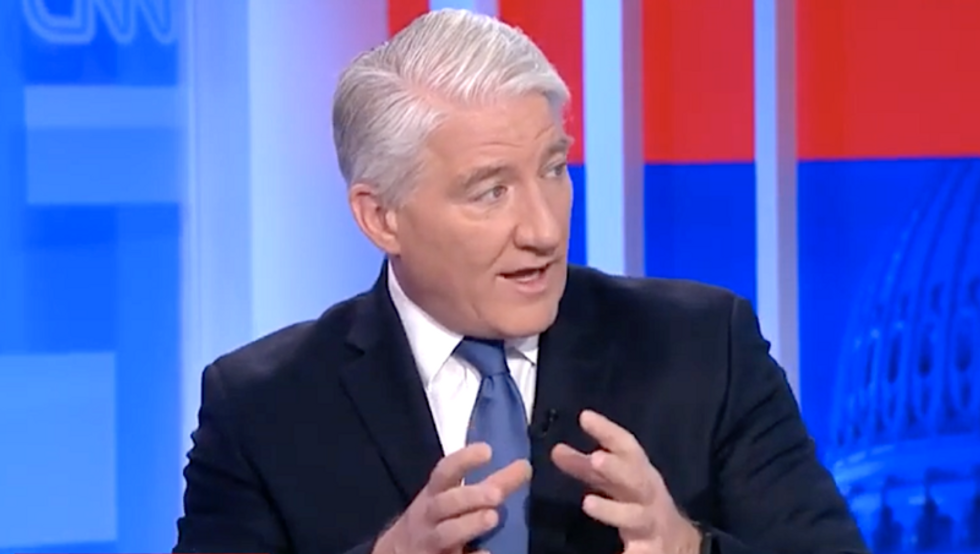 According to a New York Times report published this Sunday, an unpublished manuscript of an upcoming book by former national security adviser John Bolton drops a number of key bombshells, one of which includes the revelation that he heard President Trump explicitly say that withholding of military aid "would continue until Ukraine announced an investigation involving the Bidens."

According to CNN's Jake Tapper this Monday, sources told his network that Republican senators were "blindsided" by the leaked details from the book. Fellow anchor Dana Bash confirmed that, saying sources told her that Republicans were "frustrated" by the leaks and asked the White House why they were out of the loop on the revelations. Bash then cited a statement from Susan Collins (R-ME), who said in a statement that Bolton's book strengthens the case for additional witnesses and has "prompted a number of conversations among my colleagues."

CNN's John King added that McConnell is a "leader in the middle of something incredibly delicate who does not like to be blindsided, so Mitch McConnell has questions for the White House."

"[Senate Republicans] are in the middle of a constitutional trial of the President of the United States and this has come forward," King continued. "It is right in front of them. It's like the fire department showing up in front of your house and saying, 'That started on the night shift. We're not gonna put it out.'"

King went on to say that Bolton is a "meticulous note keeper."

"He says he called Bill Barr -- the Justice Department says he didn't. He says that Mike Pompeo told him the president was operating on Rudy Giuliani's crackpot theories about ambassador Yovanovitch -- the challenge now for Republicans would be to keep Bolton to a narrow focus because if you bring Bolton in ... they have a problem. The question is, what are they going to do about it?"