MSNBC’s Morning Joe: Trump doesn’t realize how much trouble he’s in — and GOP unsure how to defend him 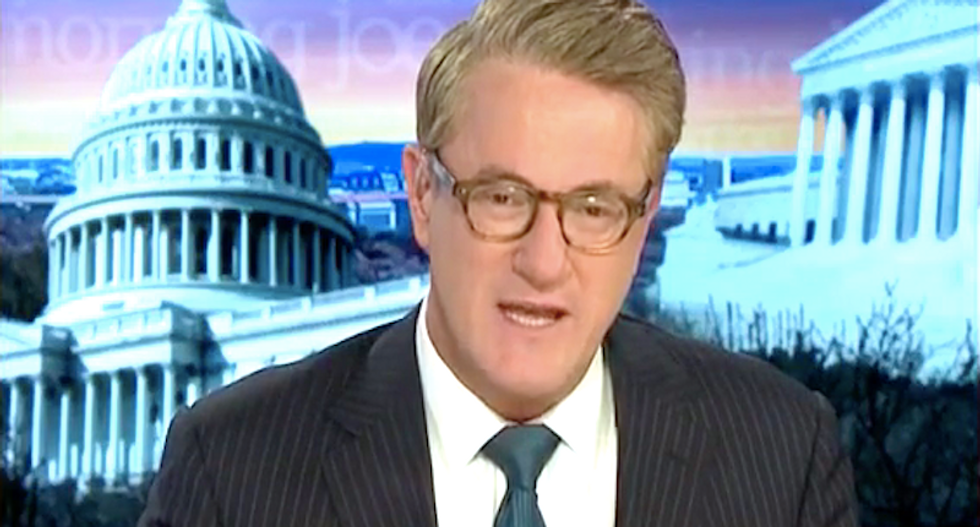 Trump insists he did nothing wrong in his actions toward Ukraine and complains that he's the victim of an impeachment "hoax," but the "Morning Joe" host said that most Americans disagree.

"He's talking to himself when he talks about a perfect phone call, yeah," Scarborough said. "He says it's a hoax, because what he's facing now isn't even what he was facing with (Robert) Mueller. There's more of a split when it came to what the American public believed, but he said it's a hoax and nobody can believe this is happening, and etc., etc., etc., and yet over 70 percent of Americans want a full and fair trial."

A slim majority of Americans also agree that Trump should be impeached, Scarborough said.

"He says it's a hoax, nobody can believe this," Scarborough said. "He's talking to himself. A majority believes he should be impeached. We remember that Fox (News) poll and other polls that show majority believe he should be removed if office for that phone call, and the things that he did around that, as well."

"So this is a problem with the Republicans not being able to put together a defense of Donald Trump," Scarborough added. "He lives in a separate universe from the rest of them, factually, and he's disconnected from the reality of this political crisis."