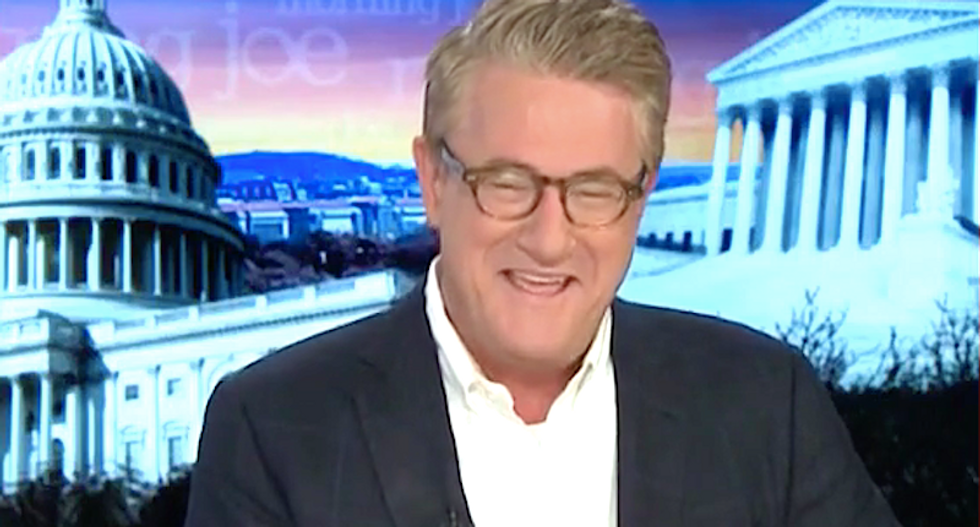 MSNBC's Joe Scarborough breathlessly ranted, as his co-hosts cracked up with laughter, against the "confederacy of dunces" defending President Donald Trump from impeachment.

"You had a confederacy of dunces defending him in impeachment," Scarborough said. "Their arguments were absolutely stunning."

The defense team painted Rudy Giuliani as a minor player in the Ukraine scheme, although multiple witnesses have described him as the hub of the operation, and Starr, the lead investigator in Bill Clinton's impeachment, bemoaned the "age of impeachment."

"If irony weren't already dead and buried years ago, it was Ken Starr yesterday talking about how abuse of power is not sufficient to impeach a president, you need a crime," Scarborough said. "He literally dragged the corpse of irony out of the grave, he meticulously tied the corpse's neck bone to the back of a tractor, and he ran that tractor throughout the graveyard of stupidity and ran over every headstone. This, before once again kicking dirt on the corpse of irony, again."

"These people lowered the collective I.Q. not only of America, but of the western world, by at least 24 points every hour they spoke on the Senate floor," he concluded.