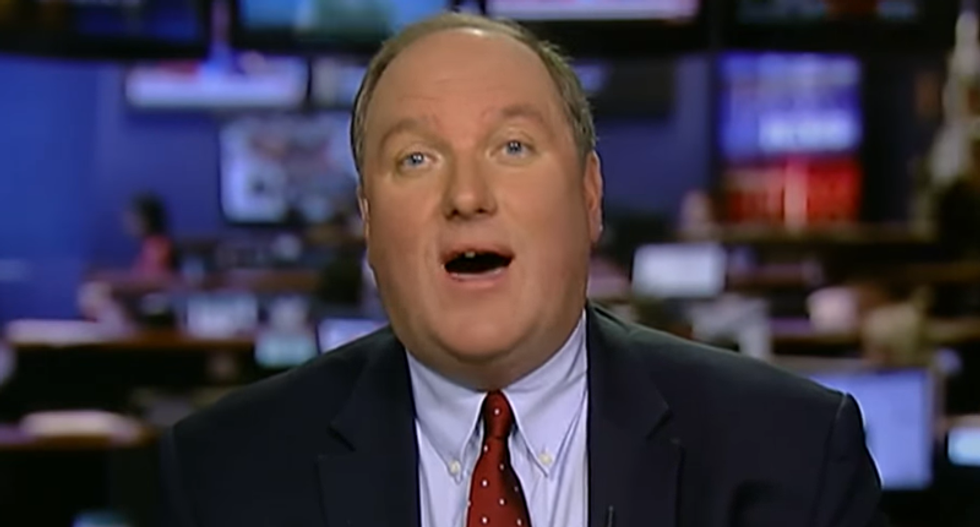 John Solomon, the former columnist for The Hill who helped Trump attorney Rudy Giuliani launch a smear campaign against ambassador Marie Yovanovitch, has barely appeared on Fox News over the past month during President Donald Trump's impeachment trial.

While Solomon was a fixture on Sean Hannity's Fox News show in late 2019, CNN reports that he hasn't made an appearance on the show since December 26th.

In fact, ever since his final Hannity appearance last year, Solomon has only gone on Fox News once when he appeared on Laura Ingraham's show on January 21st.

"Solomon, who is a Fox contributor, has done a few hits on Fox News' smaller sister network, Fox Business, but it appears he has mostly vanished from the main channel," reports CNN. "The absence started weeks after The Hill announced it would review the columns Solomon wrote at the outlet, which were strongly disputed by witnesses who testified before the House for the impeachment inquiry into Trump. That review remains ongoing."

Lev Parnas, a Giuliani henchman who was indicted last year on campaign finance fraud charges, has revealed that he worked closely with Solomon to publish stories that damaged Yovanovitch's reputation and eventually forced her ouster as America's ambassador to Ukraine.