‘That is creepy!’ Dem Senator reacts to revelations that Giuliani henchman was surveilling Marie Yovanovitch 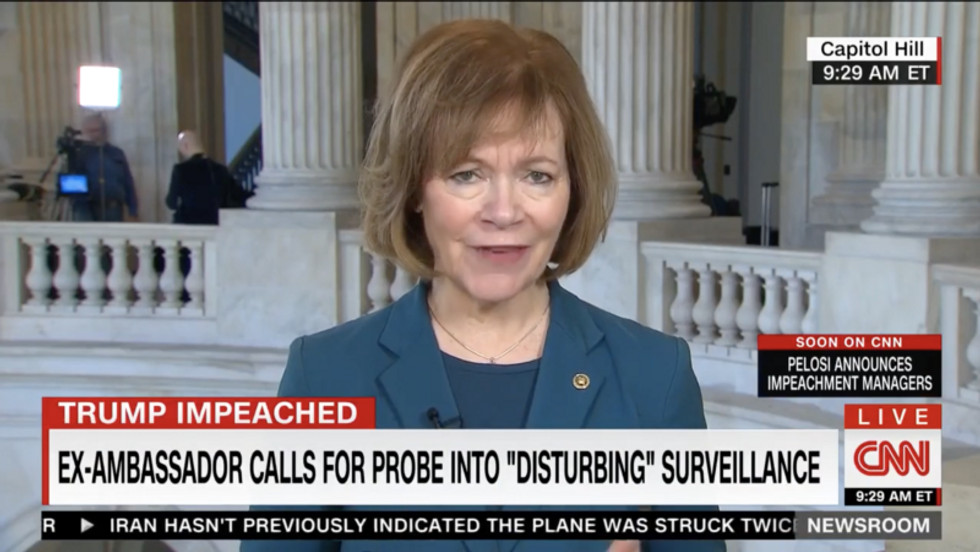 During an appearance on CNN this Wednesday, Senator Tina Smith (D-MN) was asked how she felt about the recent revelations surrounding an associate of President Trump's personal lawyer Rudy Giuliani, who was apparently surveilling former U.S. ambassador to Ukraine Marie Yovanovitch's movements.

"That is creepy," Smith declared. "To think that there is surveillance of our ambassador in Ukraine -- this is a dangerous part of the world, so we need to get to the bottom of this and understand what's happening here."

"This is exactly why it is so important that in the Senate, when this impeachment trial begins, we have an opportunity to evaluate evidence and hear from witnesses so that we can get to the bottom of this," she continued.